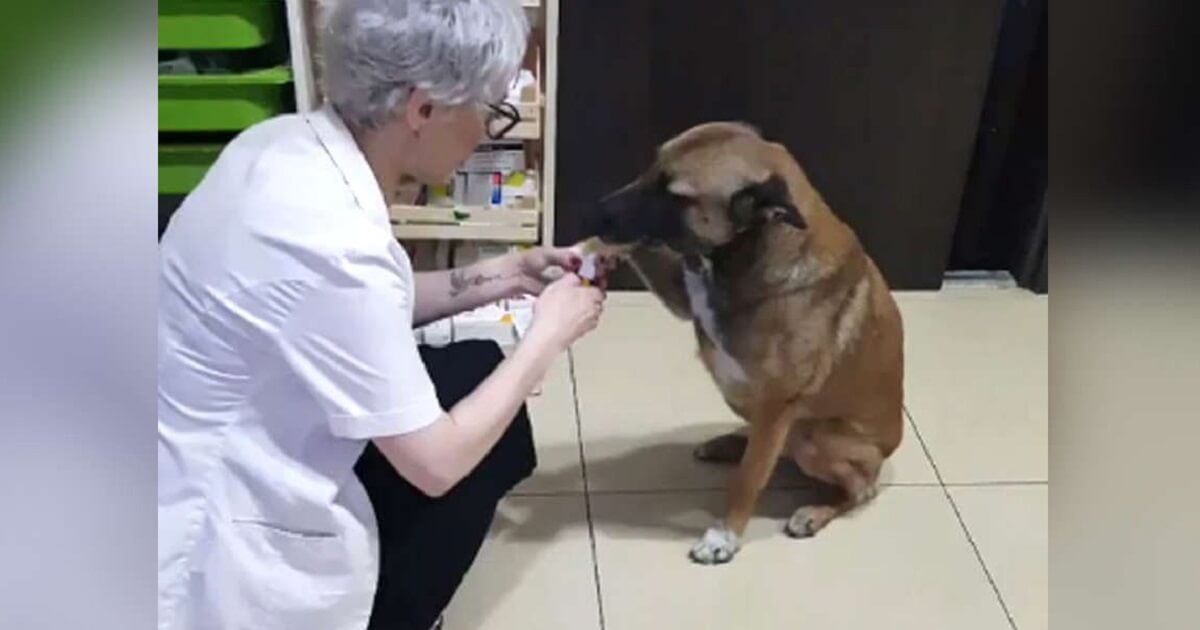 Meet Banu Cengiz, a pharmacist in Turkey was recently taken by surprise after seeing a street dog wandering expectantly in front of her pharmacy. The dog stood at the door with a feeble expression, looked at Banu Cengiz as if he wanted to say something. “She was looking at me,” Cengiz told The Dodo. “I said, ‘Baby, is there a problem?'” Banu Cengiz thought that there was something wrong, so she rushed to the dog and noticed that its paw was bleeding. So as to ask for help, the dog started wagging her tail and put her injured paw on Banu’s hand. She welcomed the dog inside and immediately cleaned the wound with antiseptic. She also gave the dog with food, water, and antibiotics. As you can see in the video, the dog seemed to understand Cengiz’s good intentions, so he acts like a perfect patient, sitting patiently while receiving treatment. The weary pup rest on a dog bed till closing time after getting the treatment she needed. “Unfortunately, I couldn’t take her home,” Cengiz said. “I’ve been dealing with street animals for years. I feed them and heal them, and help them find homes when I can.” Cengiz has helped many stray animals, but she still wished she could do more. “I do it because they feel. We need to help those who need it,” Cengiz said. “People should teach their children to love and respect animals and nature. Then we can all live together in a beautiful world.” If you love this video, let’s share it with your friends!

Play Hide And Seek, Dog Gets Confused When Noticing His Owners In The Mirror