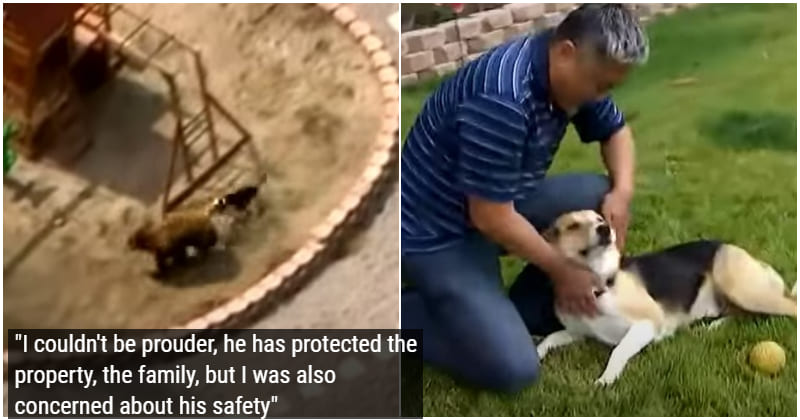 As urban sprawl is happening faster than ever before, wildlife animals are losing their natural habitats. Many animals are forced to adapt to the urbanization of their environment, coming inside human’s houses for food and shelter. Some of those animals, however, are dangerous.

In Los Angeles, CA home, a bear was found wandering inside the yard of a house. The beast walked along a cinder block wall, finding its way to enter the big yard. His first destination was the pool in which the bear could dip into the cool water. When he started getting tired of the pool, the beast made a hammock out of some fencing. All of a sudden, a house dog appeared and put the end to his housewarming party. Seeing the dangerous creature, the dog bravely frightened and retreated back to the house. His name was Ba Bao, adopted by the family members. Although Ba Bao seemed rather big, he was certainly not an opponent of the giant bear. However, in the battle with that beast, he was the winner. The dog was definitely a hero of his family! Sharing with Inside Edition, the owner said: “I couldn’t be prouder, he has protected the property, the family, but I was also concerned about his safety. I didn’t want him to get into the fight with the bear.” Dogs are serving many purposes such as hunting, chasing, and protecting the house. Good boy Ba Bao has made his owner proud of him and proved that size doesn’t matter. We will never forget what you did for your family!