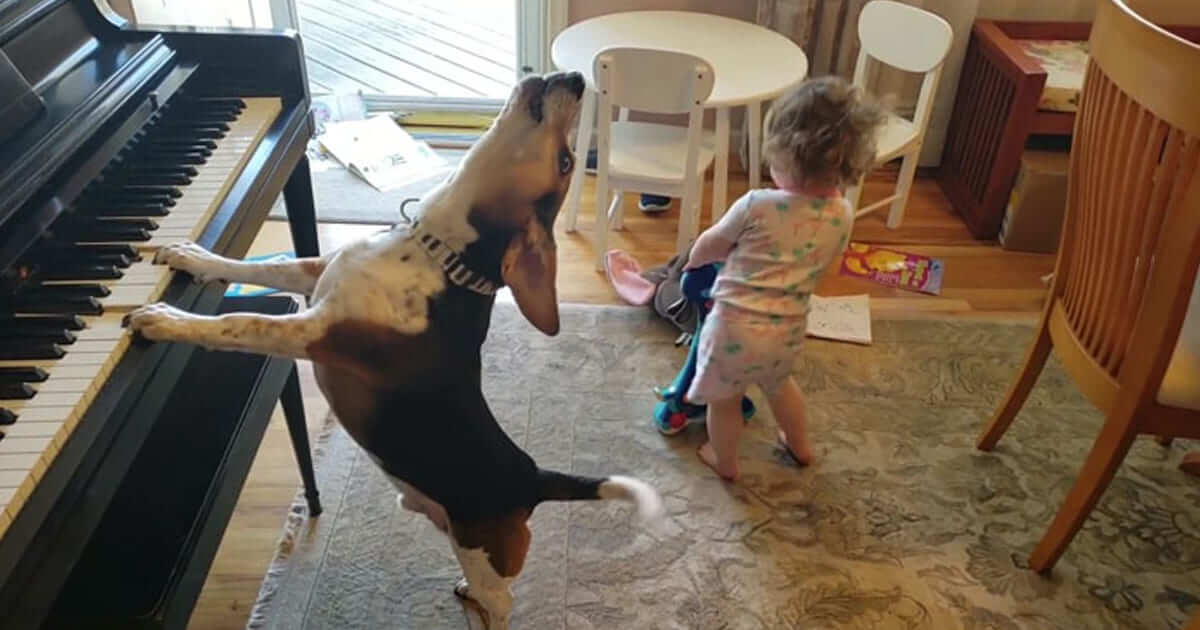 Meet Buddy Mercury, a rescue puppy who became famous for his piano skills. He is named after Freddie Mercury, the late lead singer of the legendary rock band Queen. He has a popular Instagram account and songs on iTunes. He even owns a website, where his fans can enjoy and download his latest music. He was adopted in 2016 by Laurie and Glen Wolfe from New York. They named him after Freddy Mercury after noticing that he liked howling along to songs and expressing excitement when they began to play music. It seemed that his love of music was kicked off. “Buddy has captured the hearts of many music fans around the world in a short time,” his owners wrote. “Thank you for all the love and kind words! Buddy loves entertaining his family and fans!” He also loves kids and loves singing with them. For this reason, Buddy Mercury’s owners recently uploaded a video of Mercury playing piano while his cute sister dancing to his tunes. Not surprisingly, it quickly went viral and people can’t get enough of the video. Watch the adorable video below:

It’s an adorable video no matter when you see it. It makes us happier and makes our day better. We think that this video will be the most wholesome thing on the Internet you see today. Love this video? Please share it with your friends to brighten up their day.

21 Adorable Dog Breeds That Make Us Think Of Teddy Bears