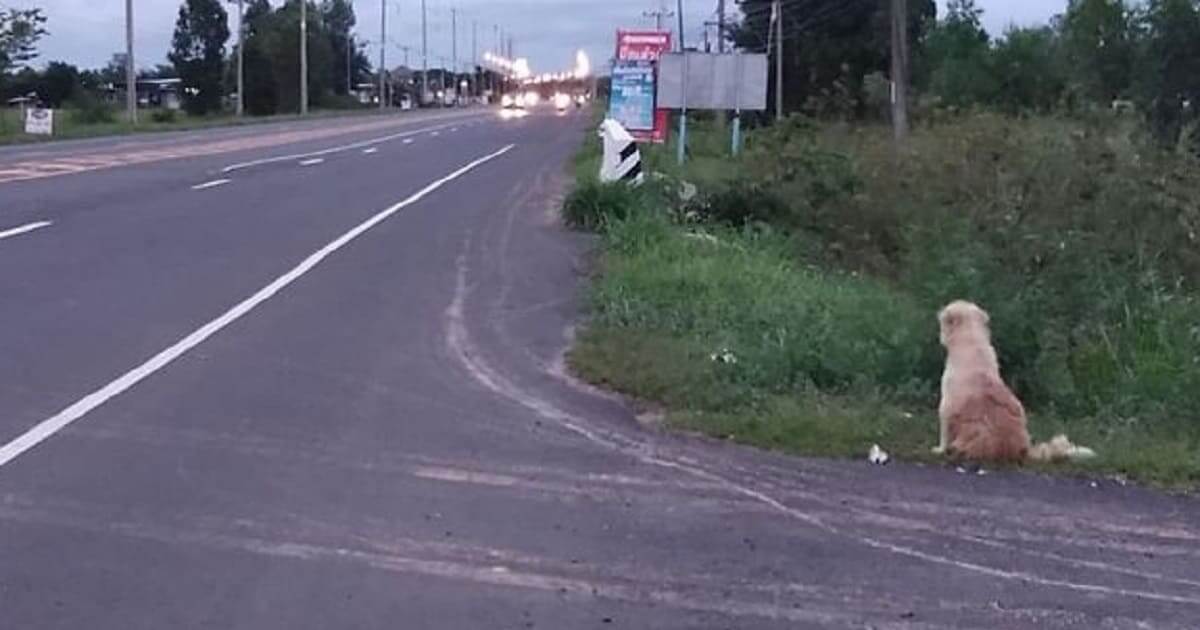 Speaking of dogs, we speak of loyalty. Among the countless number of stories proving this merit, the story of Leo, the dog from Thailand is another touching, yet confusing one. Leo was left accidentally by his owner 4 years ago near a station. In that period, Leo never skips a day coming back to the same spot waiting in full hope for his family to go back.

Leo at the road waiting Becoming a stray dog, Leo lost his weight and had disease on his skin. But thankfully, a 45-year woman living close to the place kept bringing food as often as she could to Leo. She even took him home several times, but Leo would escape and sit in the same spot. Magic happened when the picture of Leo got spread over the internet. A man contacted, claiming Leo looks like his lost pup Bon-Bon.

Hope is always on his face When the family came, Leo was so happy to see them again. However, he refused to leave the woman has been feeding him. He somehow grew a bond with the lady and decided to stay with her. His old family then respected Leo’s decision. They also promised to support the lady at the expense of Leo and visit him sometimes.

Leo with his new lady We can see that Leo is a loyal dog full of affection and gratitude. He misses his old humans but is grateful for the one who helped him. After all, Leo is safe and happy now with his new owner promising to give him lots of love and happy.

Do you like this story about Leo? What do you think about it? Please share it with the world.

Woman And Her Seven Dogs Have The Best Costume For Halloween

People Are Sharing Daily Moments With Their Doggie Friends On Subreddit, And Here Are 17 Funniest Pictures