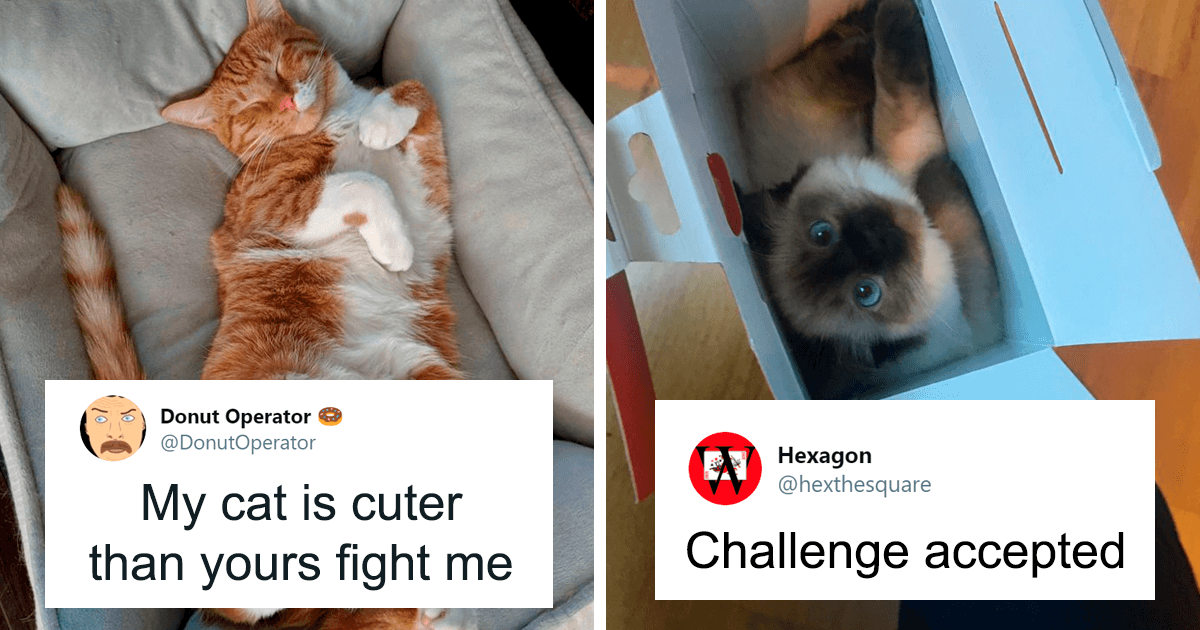 You might be familiar with people posting tweets where they state their opinion and say something to provoke and get a rise out of people. However, what do you think if someone posts a picture of their cat and says that their feline is cuter than yours? We are sure that you will feel uncomfortable and you need to do something to prove this person is wrong.

Recently, a Twitter user @DozznutOperator did this but with an ulterior motive. The user said that his cat was cuter than anyone else’s, which of course caused quite a stir among other cat owners. So, they started sending the best pictures of their cats to prove their cats are cute and awesome. Soon, the thread was quickly filled with cute photos of kittens and cats. Then, everyone realized that the man tricked them into sending their cute pictures.

Despite being tricked, all cat owners feel happy because they can share their adorable cat photos and enjoy the best pictures of other cats.

Check out the pictures below! 10+ Cats Who Hoard Random Things And Don’t Even Realize

Here Is One Minute Of Kitten Cuteness To Make Your Heart Feel Fluffy And Happy!

10+ Cats That Are Just Too Cool For This Ordinary World