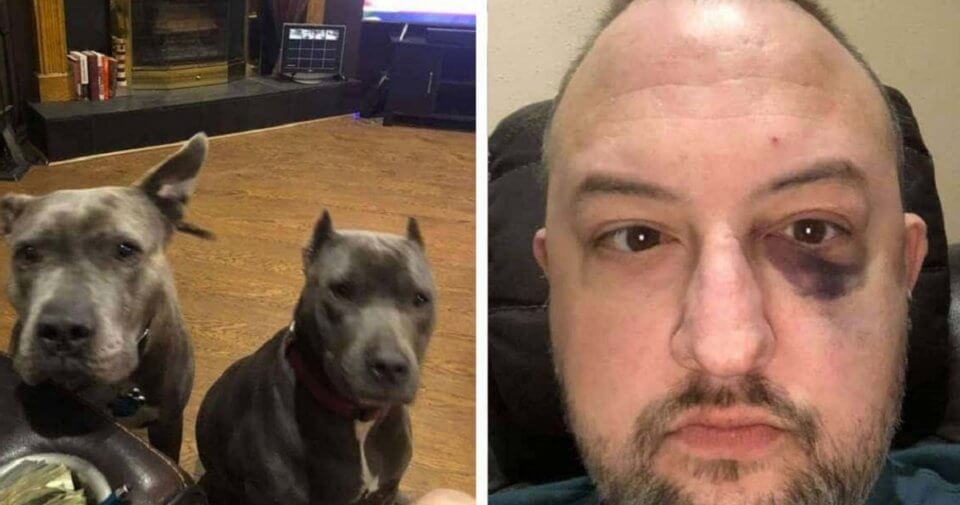 Dog’s unconditional love has been proven not only in dogs that grow up with their owners but also the rescued ones. These wonderful pets never leave their life companion’s side even they used to suffer an unkind past. Ellabelle and Ladybug were two desperate dogs neglected and ignored. But Robert McGowan could see the dogs, somehow, were meant for him. He took them home and provided the most lovely and safe house for the pups.

McGowan never expected anything more than the dogs’ greatest friendship, but it was that time Ellabelle and Ladybug showed that they have more than love. That night when McGowan was sitting in the garage with the door wide open, four strangers showed up out of no warning. They assaulted the man in the eyes and demanded the car key.

Being unable to hold against the overwhelming attack, McGowan reluctantly responded that the keys were inside. No one then something over-protective was beyond that door. Ellabelle and Ladybug sent off the thieves and ran over to their owner, barking as if they were telling the bad guys to back off.

The thieves gave up, leaving McGowan with a black eye. But it could be worse than that. The man was glad that the aftermath wasn’t severe and grateful for his pit bull girls. He later got his two pups rewards richly with toys, food, and treats. This story tells us that once you got in a relationship with a dog, he/she will be there for you no matter how dangerous the situation is. So, don’t ignore rescued dogs. They are full of love, like any dog, and loyal at all costs.

People Are Wearing Hand-Made Hats On Their Dogs, Then It Turns Out They Get So Funny Pictures