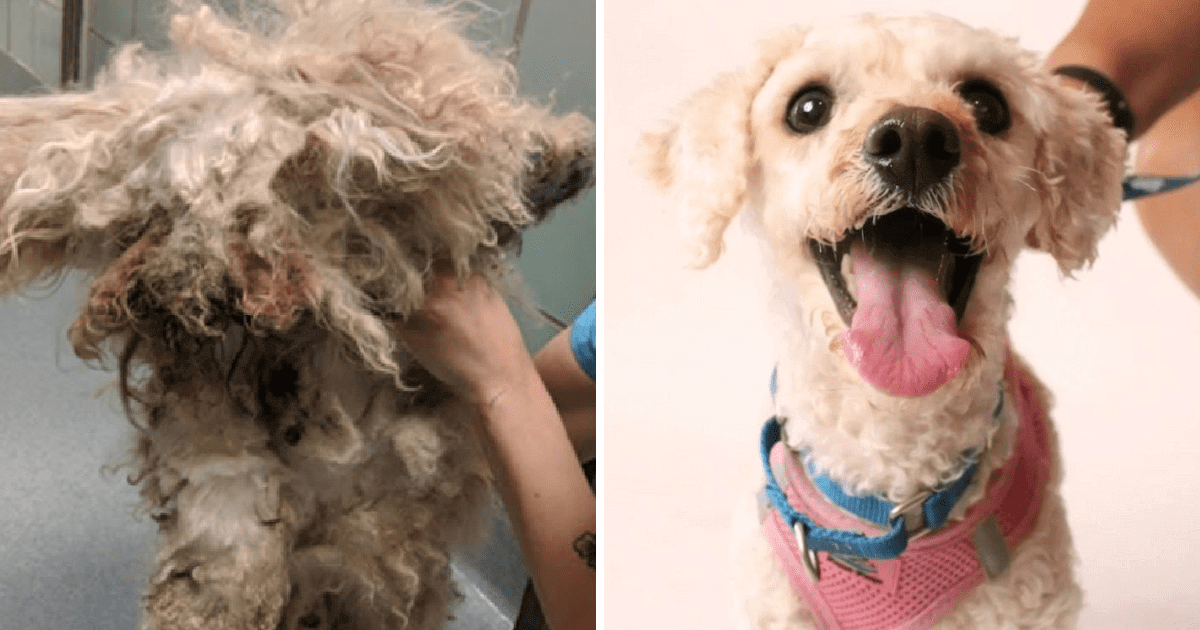 This is a story about a seven-year-old pooch named Lionheart, who was abandoned and forced to live under a bed for 2 years, finally got hope. He has made a stunning recovery after being taken to the Society for the Prevention of Cruelty to Animals in Richmond, Virginia, this past April. When his owner surrendered him to the SPCA, everyone could not believe in their eyes because it was hard to even identify him as a dog. They also said this was “one of the most shocking cases of neglect” they had ever encountered.

“I saw him when he first arrived, and I could not tell which was the front end and which was the back end,” said Starr. “You couldn’t see anything. I am sure he was in great discomfort.” His body was encased in deep matting, feces, his own urine. It kept him from seeing, eating, walking or doing really much of anything. You could see the sadness and great pain that he had faced for a long time.

“We realized what a terrible case of neglect it was,” said Robin Starr, the organization’s CEO. “We realized how badly this little dog needed us, so we took him in immediately.” The SPCA immediately took him into their care. The first step in the care was to shave his matted fur and clip his nails to make sure him was comfortable. It took a few hours until the staff could see Lionheart hiding under the matted fur.

After being relieved from the weight and discomfort of his matted fur, Lionheart was like “a different dog” and began to show his adorable personality. The vet team later discovered that Lionheart had several other conditions, including hookworms and skin sores. However, the wonderful Richmond SPCA team did not hesitate and saved Lionheart’s life.

Despite the slew of medical complications, Lionheart has transformed from a neglected dog into a beautiful dog with a precious personality of happiness, energy, and curiosity. If you don’t believe, just look at those cute eyes filled with joy. Finally, Lionheart found his forever home after his Cinderella-like transformation, and his new family renamed him Cody. “We are happy to announce that Lionheart is now in a loving, lasting home. We wish him and his guardian many years of happiness,” The Richmond SPCA said. Watch the video of Coby here!

Unfortunately, there are still a lot of abandoned animals in the world, but we are happy to see people are willing to help the poor animals because they deserve to live in a happy life.

Please share this story with your friends and your family!