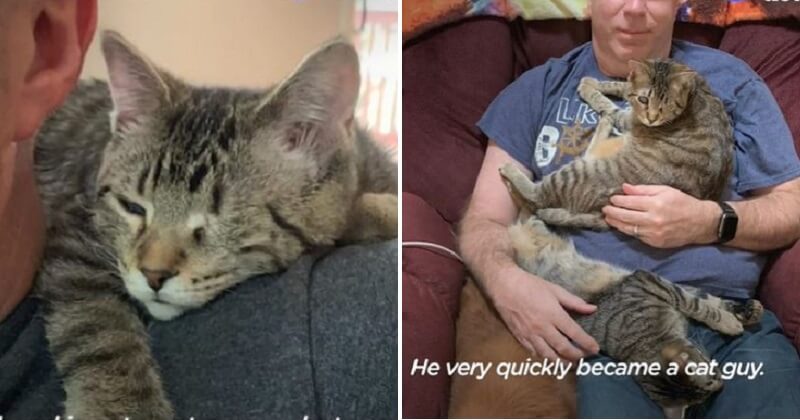 As you know cats have a reputation for being picky about human companionship. However, if you’ve ever been chosen by a cat or won his or her affection, you understand how great and special it can feel to be their chosen and their favorite person.

In this post, we would like to introduce to you a video proving that resisting a cute cat’s charm is a lot more difficult than you’d imagine. Scroll down to read the full story!

When a young girl found two kittens abandoned outside her apartment complex, she immediately contacted with Nikki, an animal rescuer, to call for help.

“They were very, very tiny. About a half a pound each. They were filthy. Their eyes were infected and they smelled like cigarette smoke. I don’t know who had them before, but it was horrible. The very next morning, I took them to the doctor. He knew it was urgent. So we began our treatment with them right away,” Nikki said. Thanks to help and love of everyone, the kittens started recovering and gaining weight. After all the bad things they went through, they have always been so happy. “As long as they were well-fed and comfortable, they didn’t mind. They were just so resilient.”

Nikki was really thankful that they had another to go through this process with. “They always had a buddy as comfort. I’d go in the room and I’d see them wrestling, and playing, playing with toys, climbing up the baby gate.”

Nikki knew very quickly that when we found them a home that it would be together. Thankfully, a woman named Erin saw pics of the kittens on Nikki’s Instagram and decided to adopt them. She named them Pippi and Astrid.

Watch the video below to see the full story!

Her husband was not a cat person, but the two cats made him fall in love with them. They adopted him as their person.

If you love this video, please share it with your friends and family members!

10+ Poodle Cats Will Capture Your Heart Right Away

22 Photos Of Shameless Cats That Break The Mold