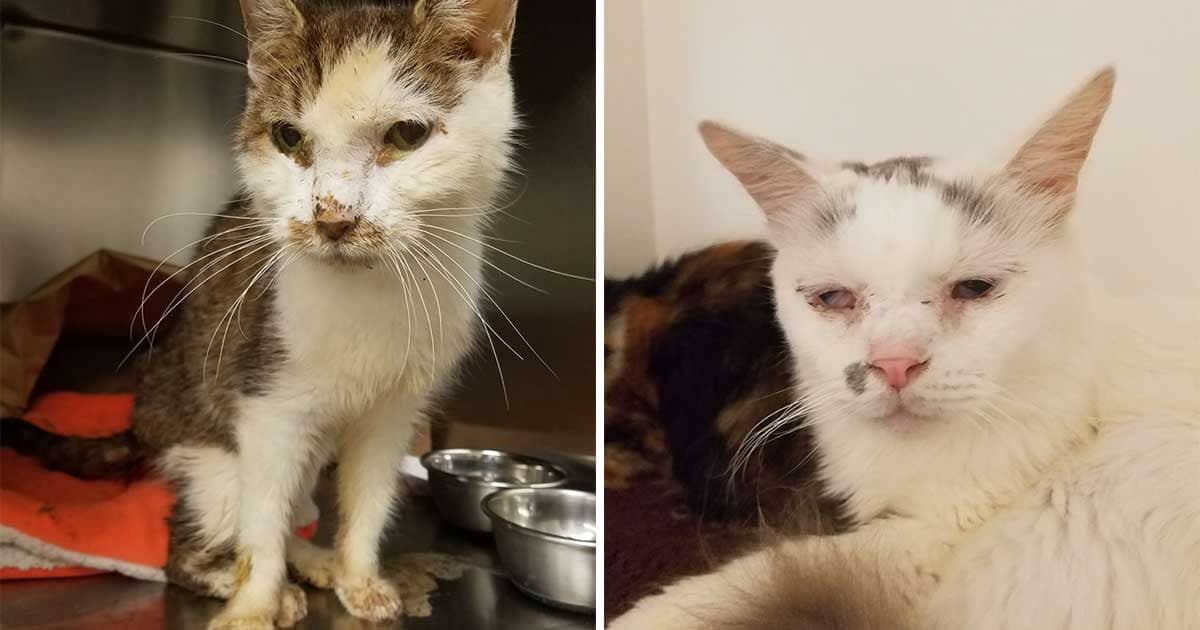 An investigation opened on the east side of Cleveland, Ohio, found 111 cats living below the conditions they need. Humane officers of the Cleveland Animal Protective League, when rescuing the felines, had to cover their entire body in a white hazmat suit. They stated that the house was too filthy to live in. More than that, three dead cats were also removed.

Several cats found living under poor conditions with their hoarders Upon the conditions of the cats, APL reported that they are nowhere near healthy but too skinny, and suffering sickness. Many of them need advanced dental care and special treatment for upper respiratory infections, skin rashes, even operations for the eyes.

The statistic has shown alarming numbers of animal hoarding cases across the country with around 250,000 individuals found. Every year, authorized investigations discover 3,500 cases of animal hoarding. In which, 80% of them are living with sick, dying, or dead animals; 70% of these people are on their own.

In the effort of enforcing Ohio’s animal protection laws, Cleveland APL officers stressed that any improper care and abuse upon animals is illegal. Mainly, it includes a lack of food, water, shelter, and vet care. These cats are now kept at the Cleveland APL rescue home, recovering until they are ready for adoption. The fee is reduced to $10 and $25 for adult cats kitties respectively. If you know any suspected case of animal mistreating or cruelty, please contact the Cleveland APL hotline at 216-377-1630.

15+ Cats Who Just Want To Be Left Alone

30 Hilarious Situations Only Cat Parents Could Get Into

Cat Loves Stealing His Neighbors’ Shoes So Much, His Owner Created A Facebook Group To Return Them

This Cat Is Obsessed With Doing Somersaults