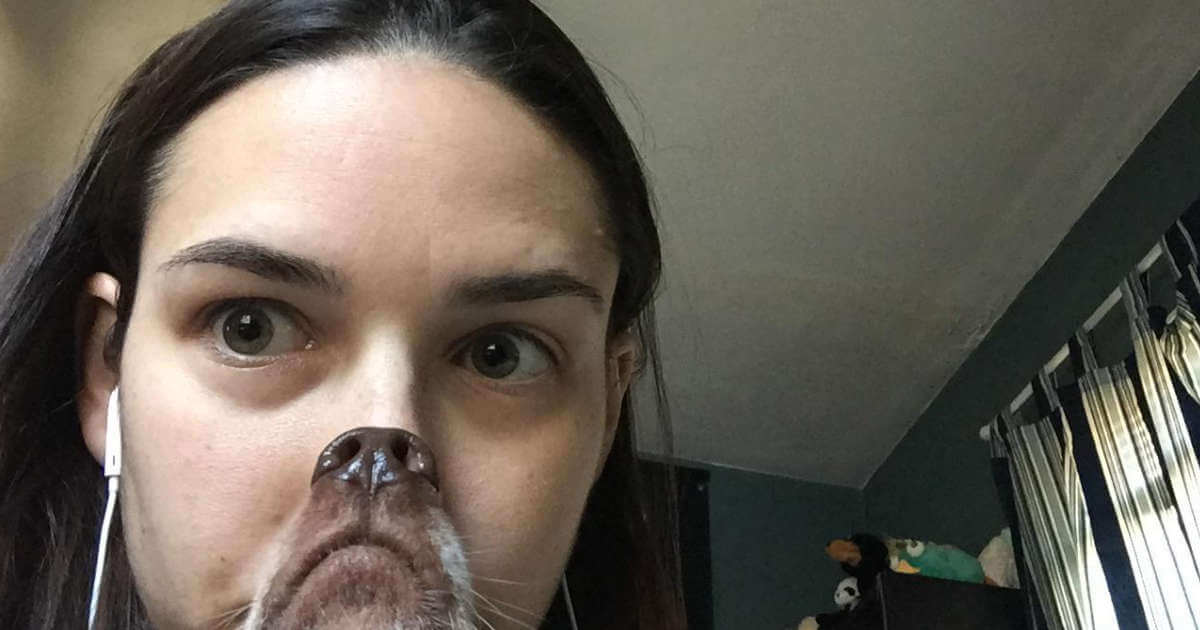 Anyone who owns a dog knows the struggle of taking a perfect puppy photo. Nine times out of ten, any attempt to capture a photo with a canine companion ends up blurry or with the dog looking nowhere near the camera. But every once in a while, you grab the pure gold moments. That’s what happened for a Reddit user, who shared her attempt at a photo with her dog that went hilariously wrong.

The Reddit user names Casey Stachnik recently tried to take a photo with her dog, a 1-year-old miniature dachshund named Bosco. When she looked back at the hilarious photo, she decided to share it with everyone. “Attempted to take a cute picture of me and my dog. This was the result,” Casey captioned the photo.

Attempted to take a cute picture of me and my dog. This was the result. from funny

After uploading the photo, she didn’t expect how quickly it would go viral. Since being posted, the photo has gone viral on the r/funny subreddit, where it has gained over 30,000 upvotes within one day.

“I honestly thought that the photo was a very ‘Beans photo,’” she said. “I was shocked when I woke up the next day to 279 messages in my inbox and over 30,000 upvotes.”

Bosco has also received plenty of attention, as the world now knows plenty about him. In case you were wondering, his name is Bosco, but he also goes by Beans.

“All of my dogs bring me such joy and they are able to make me smile, even on the hardest days,” Stachnik said. “It makes me really happy that I have the opportunity to share them with the world and my hope is that they can brighten the day for other people, too.”

Luckily for Casey, her ruined dog photo has now turned into the family’s Christmas card this year.

Love this photo? Please share it with your friends and family members!

Dog Abandoned On The Streets Gets Rescued And Given New Life

Chinese Artist Reimagines Cats And Dogs As Humans, And The Result Is On Point