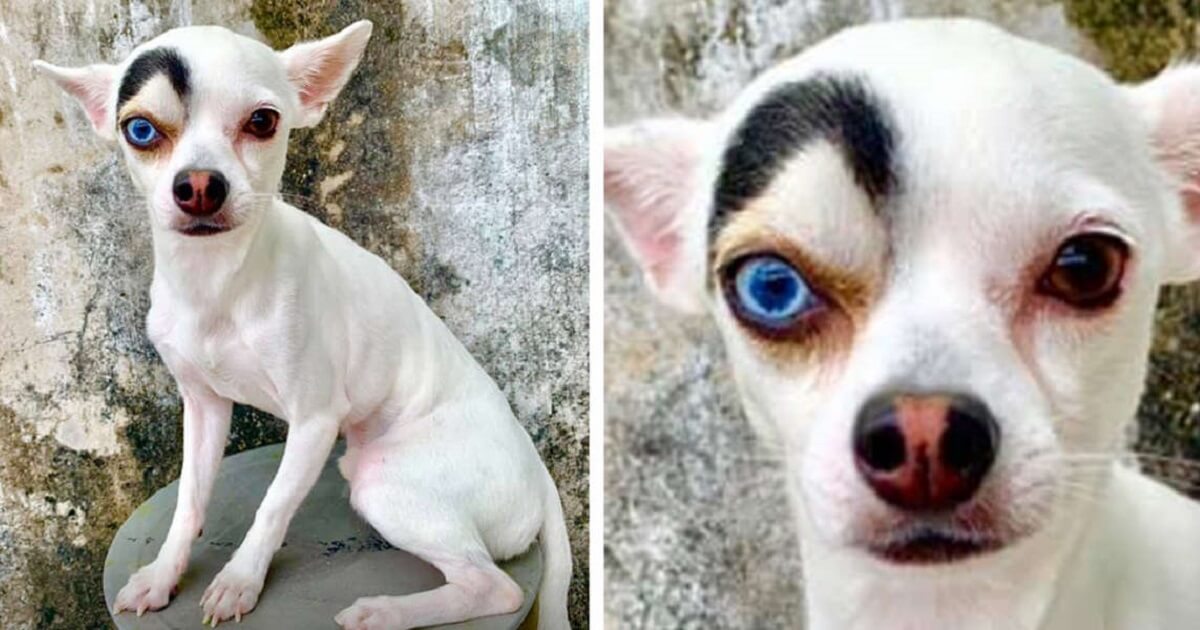 Internet sometimes gets blasted with special and inspiring dog stories that can surely melt your heart away. Such is the same for Lucky, a 2-year-old dog who lives in Thailand with his owner, Charice Fca Cha. Lucky became an instant hit because of his curious and unique appearance. Lucky was just adopted a few weeks, but he’s already proved to be quite the little star. He was born with heterochromia, a condition where each eye develops different coloring (pale blue and brown), but that’s not all Lucky has. He even owns a big and cartoonish eyebrow which makes him stand out among the crowd.

Lucky started to become famous when his human started posting his cute photos. While many people are obsessed with this adorably unique-looking dog, there’s been a small crowd who’ve had a hard time believing it. “There are so many reactions,” Charice told The Dodo. “Some people are stunned, excited, surprised. People want to meet him.”

“Some people think I used a permanent pen to draw his eyebrow or photoshopped his face,” she said.

Thankfully, despite looking outwardly different, Lucky is in good health, and he is so happy when he found someone to love him both inside and out. “He’s a very clinging guy,” Charice said. “He sticks with me everywhere all the time.”

For Charice, the most special thing of Lucky is not his two-different colored eyes or his dark eyebrow, it is the friendship he shares with her. She’s looking forward to a happy life with that adorably eye-catching pup by her side. “I think we will have a fun and very happy future,” Charice said.

If you love Lucky and his unique looking, let’s share this post with your friends and family members!