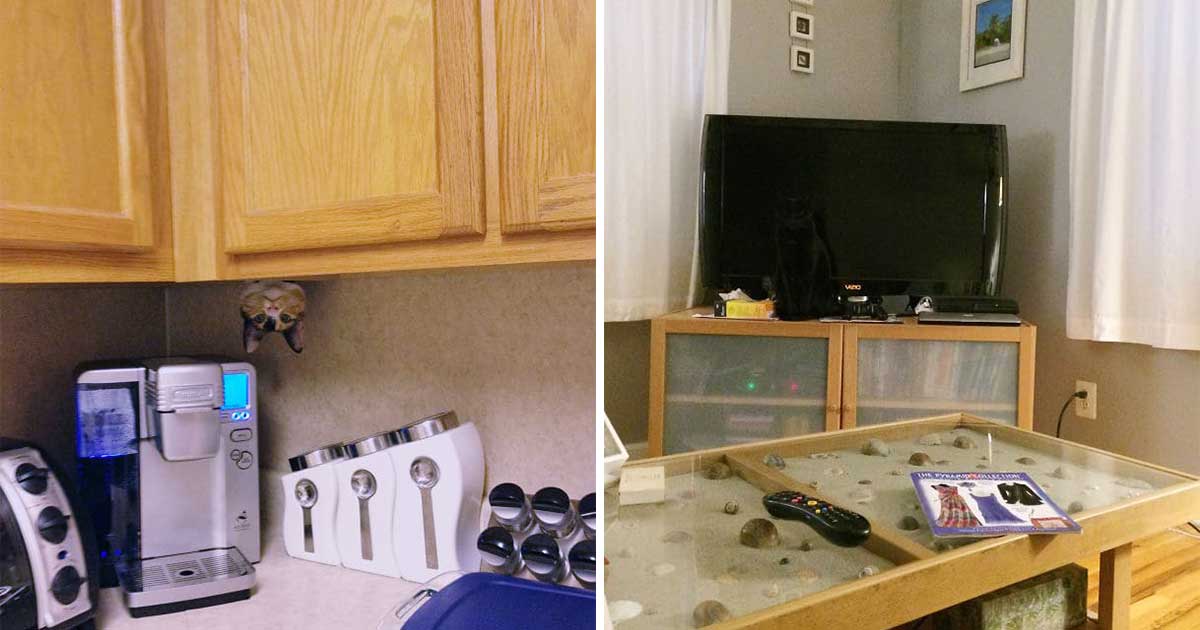 Nowadays, not many people practice the ancient Japanese martial art of Ninjitsu. However, it’s certainly not forgotten because our feline friends still carry the spirit of ninja. You may not believe because they are cute and sweet creatures who always amaze us with the many things they are capable of doing. But behind that adorable and fluffy facade, these furry creatures have a mysterious side. With their body flexibility, graceful movement, and their ability to hide in unexpected places, they are regarded as ninja of the animal world.

We scoured the internet for some of hilarious ‘ninja cat’ photos to share with you and prove something that many of us have always thought — cats are sneaky ninjas. If you think otherwise, then you’ll probably need to reconsider after scrolling through the photos below.

1. Just when you least suspect them, they appear. 2. Most fun to see that dog even realized yet. 4. His victim should be appearing at any moment, then, he will pounce. 7. The hills have eyes but the curtains have feet. 11. Ninja cat will watch over the baby by staking out in the closet. 12. When the time is right, they will pounce. Family Rescues Abandoned Kitten, So He Returns The Favor By Giving Their Baby With Lots Of Kitty Cuddles

20+ Cats Who Love Sleeping In The Weirdest Places

10+ Absolute Chubbiest Cats That Will Make Your Day