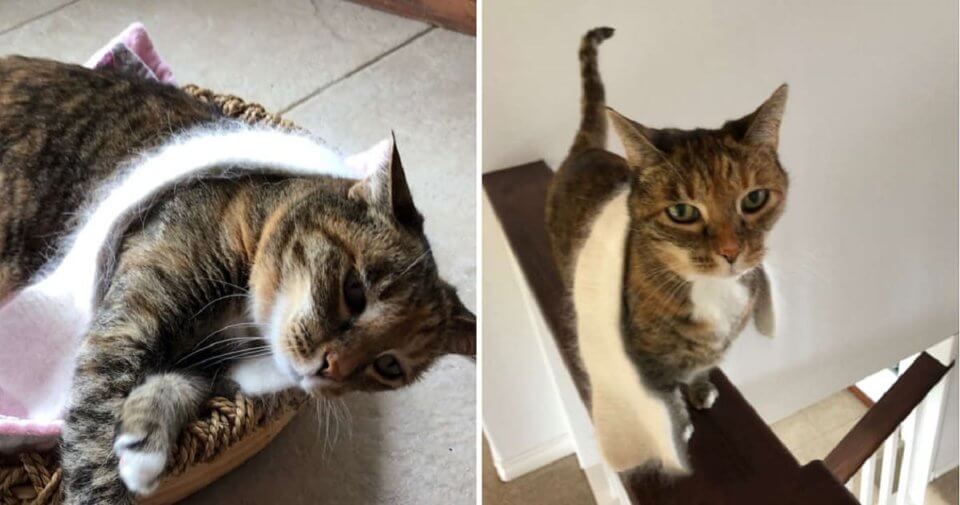 Meet Cinnamon, a 17-year-old cat who is obsessed with wearing her tiny scarf. She loves her scarf so much that she wears it everywhere she goes. According to Callie Parsons, Cinnamon’s owner, the cat had a chance to get her own scarf thanks to a yarn shortage.

“During quarantine, my sister was bored so she decided to knit a scarf with this really pretty cashmere yarn that she had,” Callie told The Dodo. “However, she sort of ran out of yarn and the scarf was really small.” For this reason, Callie and her sister decided to give the scarf to Cinnamon. They didn’t expect anything special from Cinnamon because she didn’t like wearing clothes. Therefore, they were surprised when the cat fell in love with the scarf immediately.

“Cinnamon instantly fell in love with it and now wears it around all the time,” Callie said. “She just likes to sleep and snuggle with it and wear it around the house.” Cinnamon feels so warm and comfortable in her scarf that she wears it all the time. She refuses to take it off – whether she’s playing, eating or sleeping.

“I think Cinnamon loves her scarf because she has never gotten a gift like that before,” Callie said. “We always get her little catnip treats and play toys, but never something like a blanket.” “Since she is older she likes to sleep a lot so it is definitely something nice for her to snuggle with,” Callie said. “Cinnamon also sat with Ella while she made it so she knows it was made with love.”

If you love Cinnamon and her scarf, please share this story with your friends and family members!

Kitty With The Cat Tattoo Breaks The Internet In Japan

Cat Begs For Food In The Cutest Possible Way Ever, We Can’t Say “No” To Her