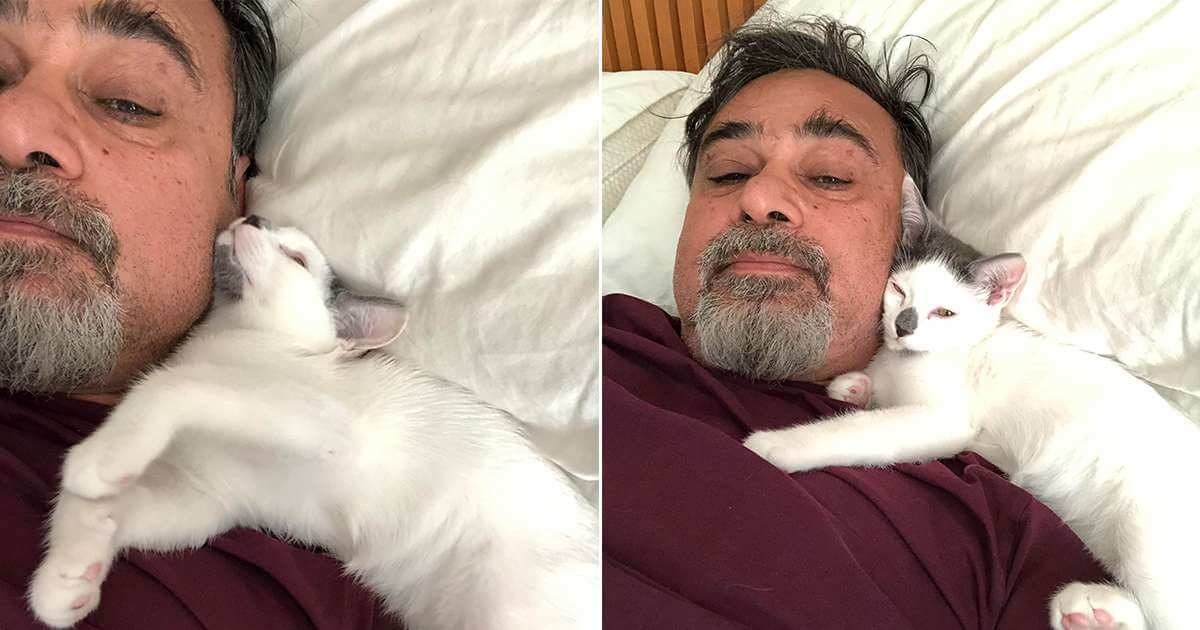 Hira Khalid, a student at Pepperdine University, had recently adopted a cat named Bilu from the NKLA Pet Adoption Center in Los Angeles. The cute cat quickly settled into her new house and loved her mom Khalid so much. 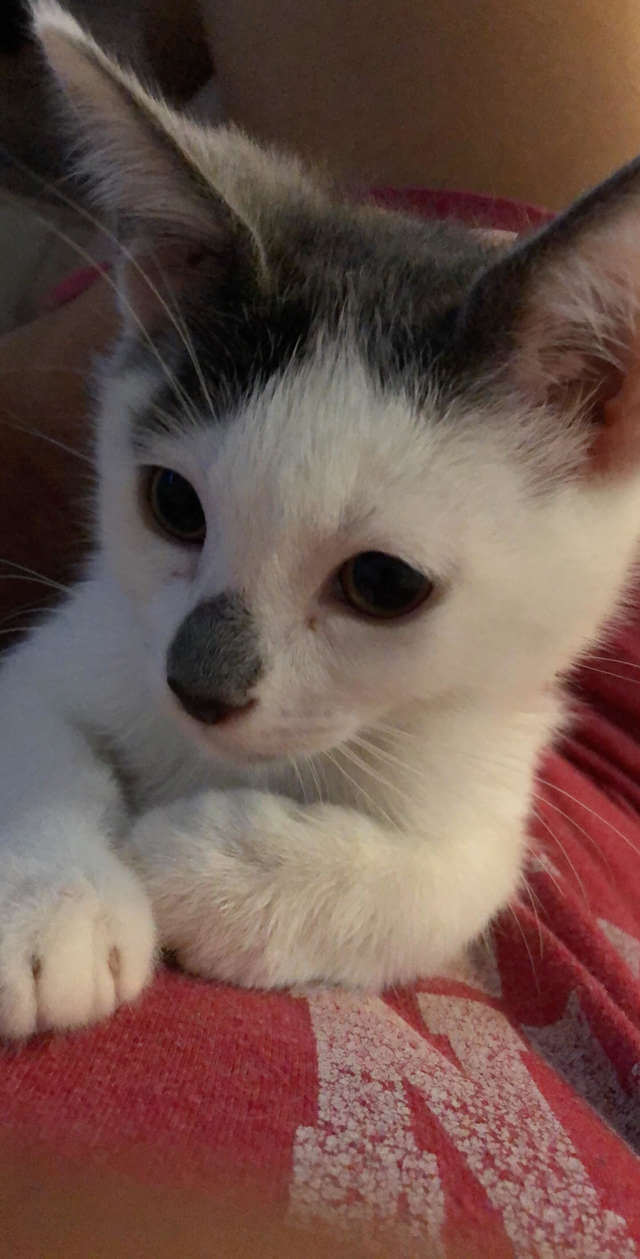 “He’s the most affectionate, caring cat,” Khalid said. “I’m honestly so lucky that I got him because he’s so friendly — he goes and sits on anyone’s lap and starts purring, and cuddles with them on their chests.”

But then Khalid was invited to join a week-long trip to Mexico with her friends. So she had to find someone trustworthy to babysit Bilu. She decided to ask her parents but they answered with a firm “no.” Her dad said he didn’t like cats because he was convinced Bilu would act like their old family cat, Bubba. “He didn’t want the mess,” Khalid said. 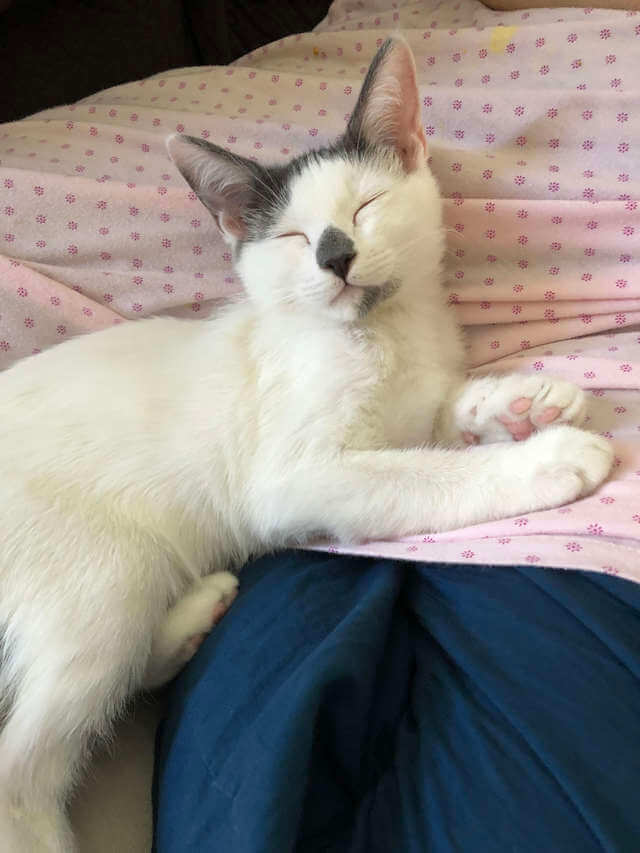 “He [Bubba] was an outdoor and indoor cat … so he’d go outside, and come back in all muddy, and leave footprints everywhere,” Khalid said. “He wasn’t too clean with his litter as well, and he shed a lot. My parents were against cats ever since. It’s been five or six years since they had a cat.”

Unfortunately, she didn’t find anyone to take care of Bilu, so she turned back to her parents. “I said, ‘You know what? He’s potty-trained, he’s fine. Please, just keep him for a week — I really need it,’” she said. 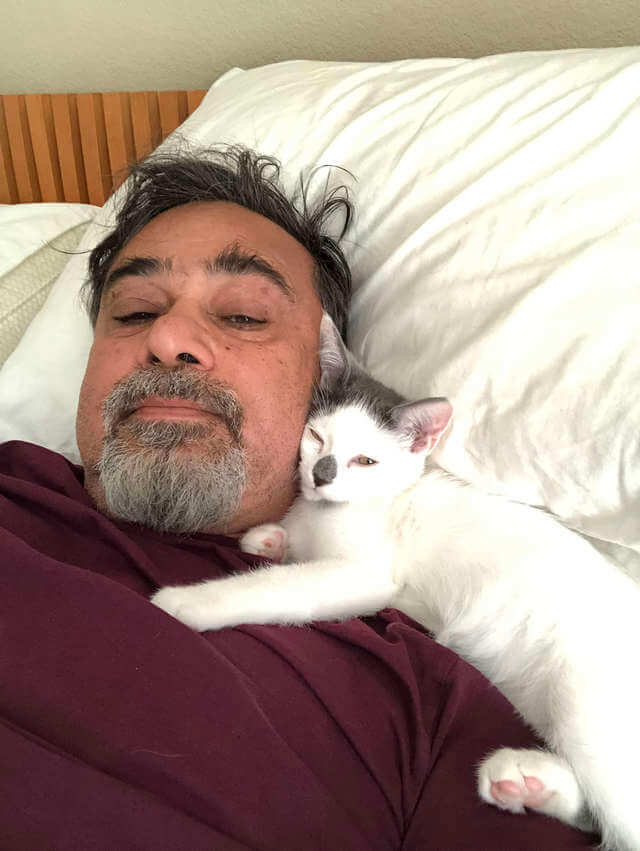 During her vacation, Khalid constantly wondered how things were going at her parents’ house, but she was relieved because everything was doing so well. After a couple days, she even received some adorable pictures — her dad took some photos of himself with Bilu snuggled against his neck. Khalid was shocked and delighted. Her dad had a bad impression of cats, but when he was around one for a long enough time, he eventually ends up falling in love with cats and realizing how amazing they really are.

“I was surprised that my dad bonded with Bilu,” Khalid said. “I knew Bilu was the most friendly cat ever, but I didn’t know [how] much Dad would get that close to him.”

“And my dad never does anything like that — like sending selfies,” she added. “So when I saw those, I was laughing so hard. It was really surprising.” 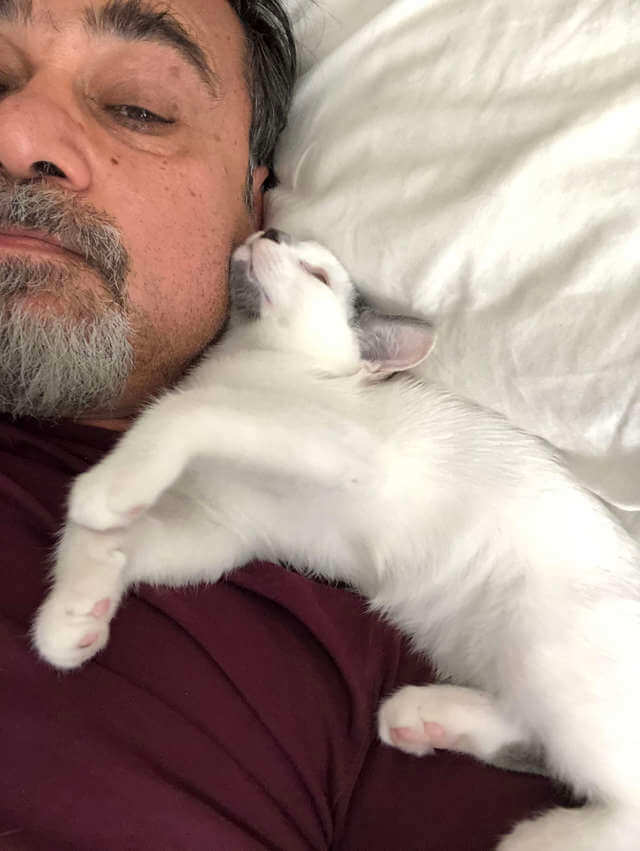 When returning to Los Angeles, Khalid went to pick up Bilu. Although her dad didn’t offer to babysit the cat again, she knows that both of her parents didn’t want to see him go. “They did hint that they would miss him when I put him in his bag to take him back to my apartment,” Khalid said.

Cats are marvelous, how could you not love them, they’re so fluffy, cuddly and cute. If you also love cats, feel free to share and don’t forget to let us know your thoughts in comments!

Clever Kitten Named ‘Mulder’ Has Figured Out How To Open Doors