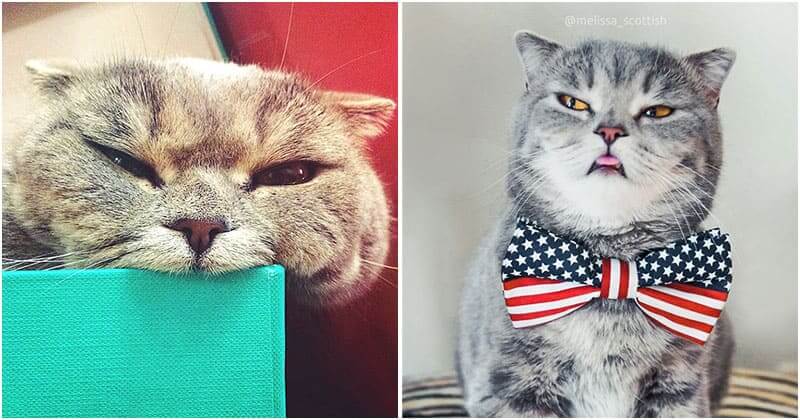 Meet Melissa, a Scottish fold cat who lives in Russia with her mom, a photographer named Alina Esther. The photographer loves to take photos of her cat and share them on social media. And of course, Internet can’t get enough of Melissa’s cuteness. Melissa, also known as the ‘Einstein’ cat, loves to stick her tongue out, so Esther has captured a lot photos of her adorable cat with tongue curling in the cutest and funniest way. That’s the reason why Esther calls her cat Grumpy Blep. People think that cats stick their tongues out because they are missing teeth, but Esther says this isn’t the case of Melissa as all of her teeth are intact. Not only does Esther have tons of photos of her adorable cat, she has other artistic photos as well, so be sure to check her out. 6 Gigantic Cat Breeds We Fell In Love With

10+ Skills That Only A Cat Owner Knows

10+ Pictures Of The Most Charismatic Cats In The World

10+ Kitty Parents Who Are Just Trying Their Best