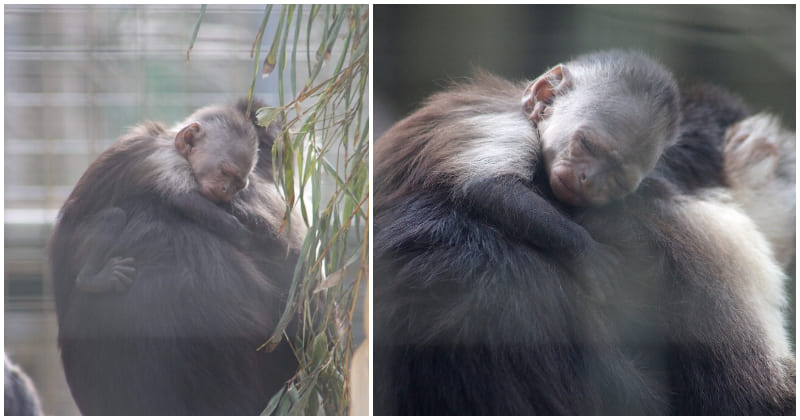 Just a short walk from Newquay’s town center and is home to dozens of different animals, Newquay Zoo is one of the most exciting visitor attractions on weekends and holidays. Recently, the zoo has excitedly announced its newest addition, a newborn white-throated capuchin.

The baby was born to mother Irazu and father Zaito and hasn’t been named yet. Irazu had given birth to two babies before, so she cared for her newborn very well. And the baby capuchin is in good health now. When it grows older, the zoo will determine its sex and will also be able to name it. As you may know, baby white-throated capuchins cling tightly to their mother’s back during the first three months of their life. They continue to receive their mom’s care and protection for the next couple of years. Noticeably, they grow quite slowly for a primate.

Native to Central and South America, these primates prefer living in tropical evergreens and dry deciduous forests. They are omnivorous and feed on fruits, leaves, invertebrates, and small vertebrates such as squirrels, tree rats, lizards, and birds. White-throated capuchins are among the most intelligent of New World monkeys. When spotting predators in the area, these animals make special chirping/barking sound to alert other monkeys. This helps them a lot in fighting and hiding.

Surprisingly, these primates use their tail as a ‘fifth limb’. They grip objects such as tree branches with their tails.

Additionally, these capuchins medicate themselves. They have been seen rubbing certain plants on its body by the zoo’s staff. Something that goes beyond your thinking, right?

The Tri-coloured Parrot Finch is a True Jewel-Toned Beauty

20+ Cute Pics Of Baby Frogmouths That Will Steal Your Hearts

20+ Pets Who Remind Us Exactly What Unconditional Love Looks Like