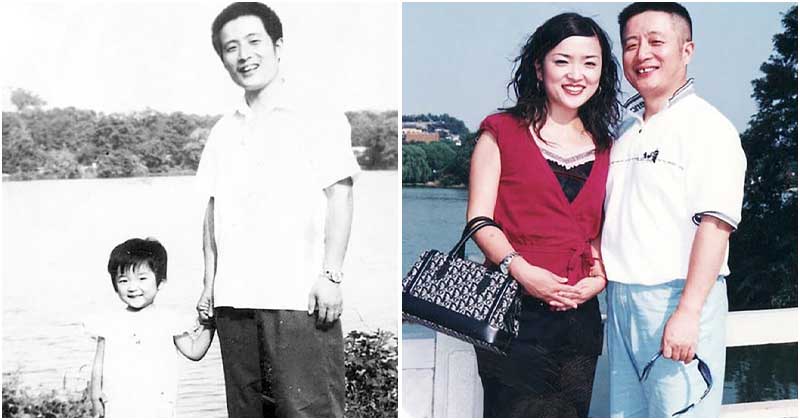 Kids really do grow up fast. That’s why many fathers and mothers take photos of their kids as much as possible. When parents look back at these pictures, they can see how time flies and they change. Their kids become adults and simultaneously, they grow old. But they can be happy because they accompany their children during their childhood and adulthood.

To save pleasant memories of growing his daughter Hua Hua, a Chinese father named Hua Yunqing came up with a traditional yet sweet idea. He took yearly pictures with his daughter at the same place – a lake in Zhenjiang, in China’s eastern Jiangsu province. The tradition began in 1980. The father was 27 while his daughter was just a one-year-old at that time. So far, it has lasted for 41 years.

As you can see, the dad, daughter, fashion styles, and scenery change year by year. The little daughter had her small family, becoming the mother of two adorable girls. But there is one thing staying unchanged: her dad still stands beside her.

Time flies, but our parent’s love for us has never changed. Even when we’re grown up, leave home, and have our own life, we are still daughters and sons of our parents. They never miss calling us to ask how it is going on with us. It’s lucky that we aren’t left alone to deal with struggles in life. Our parents are always ready to wide open their hands and give us comforting hugs. Is there anything better in this world?

Let’s see the heart-warming album below!

If you have sweet pictures of you and your parents, feel free to share them with us.

Dad Blames His Son For His Impending Divorce: ‘We Were Happy Before You Were Born’

Single Dad Adopts 5 Siblings So They Can Grow Up Together