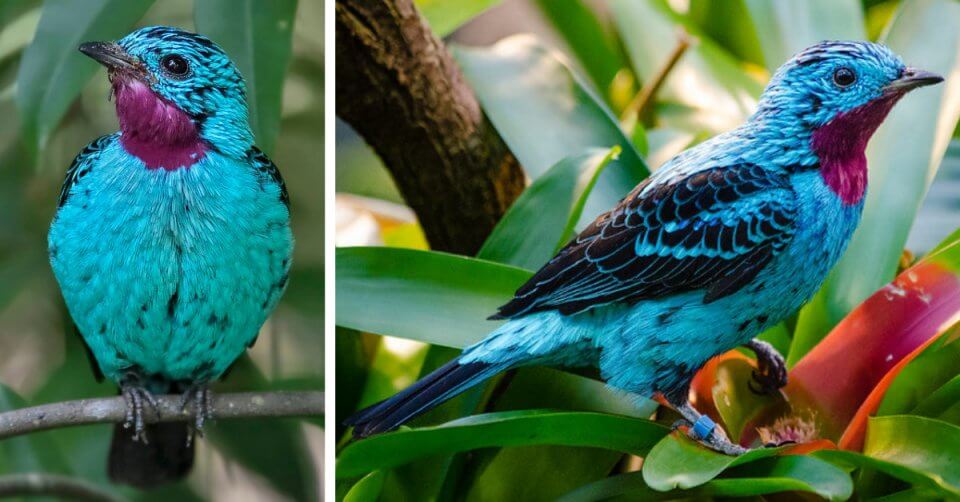 JUST LIKE ALL MEMBERS OF THIS BIRD GENUS, EACH AND EVERYONE IS COMPLETELY SONG LESS. 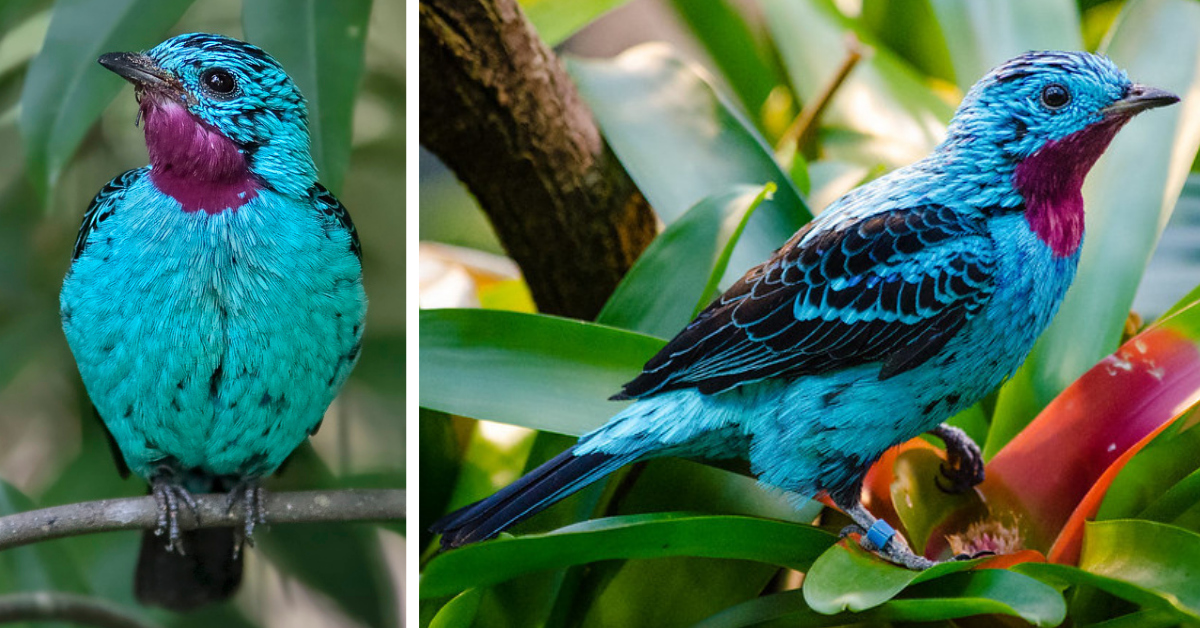 The male’s bright turquoise blue plumage is stunning in good light, contrasting with the extensive black “spangling” on the wings and a jewel-like purple throat. 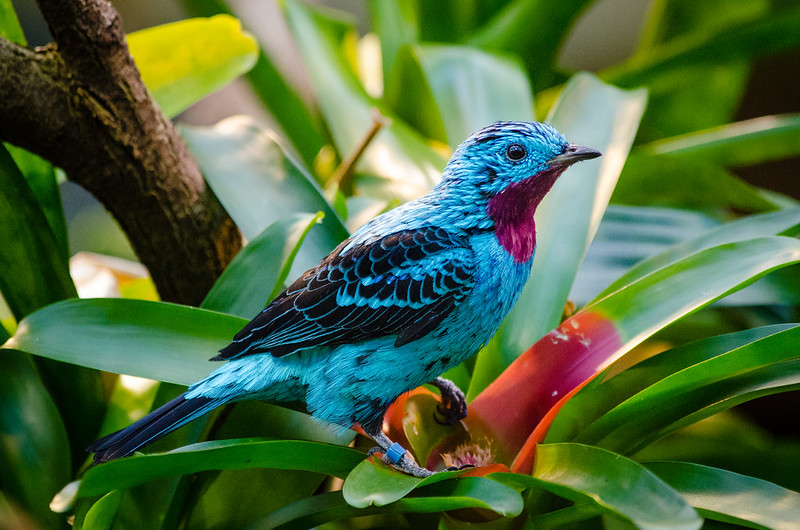 The Spangled Cotinga is quite a widespread South American, Amazon forest loving bird. Having a range that spreads all the way from the base of the Andes to the Guyanas. A member of the Cotinga family, it likes to frequent the terra firme forest. 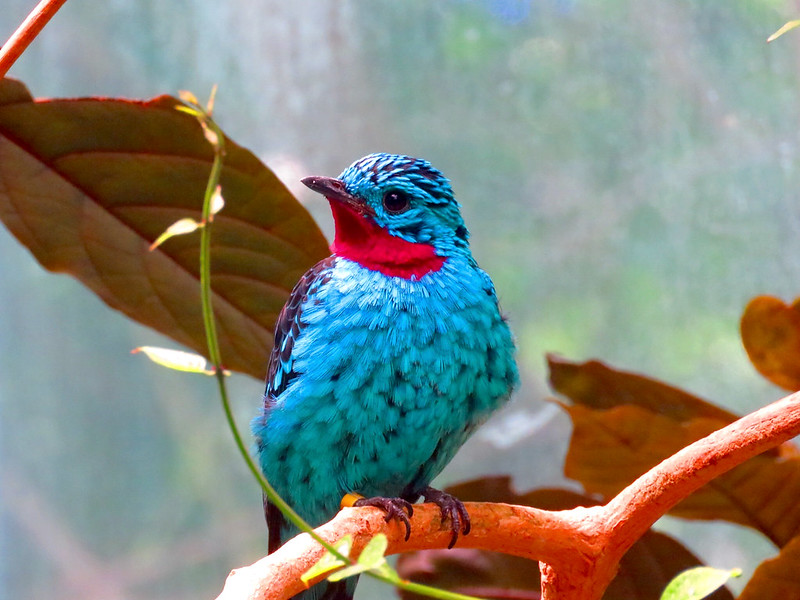 The male of the species has bright turquoise-blue plumage with the large deep plum wine-red throat with black to the wings, tail, and back. 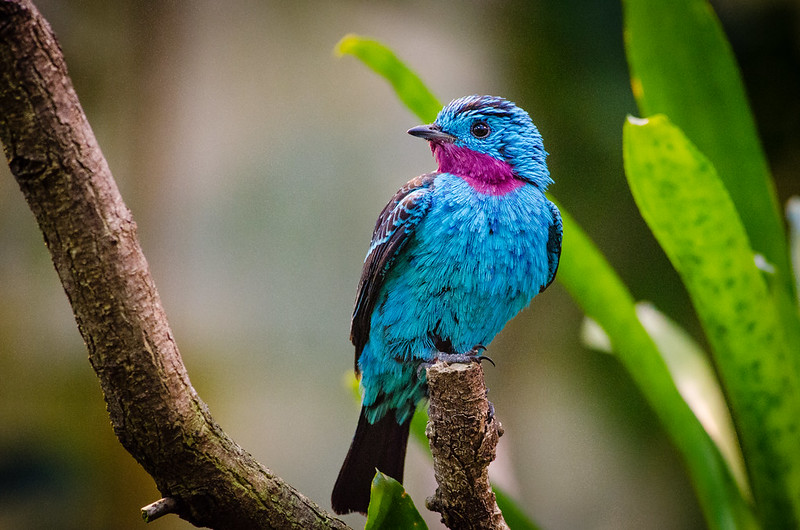 The female tends to be more of a dull, brown, gray color with darker wings and faint pearl shaped mottling on her belly. 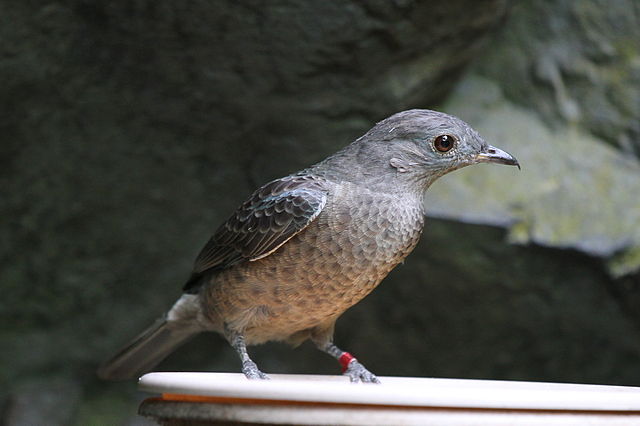 Found throughout the Amazon Basin the range of this species extends from Colombia east of the Andes to southern and eastern Venezuela, on through Guyana, Suriname, and French Guyana. 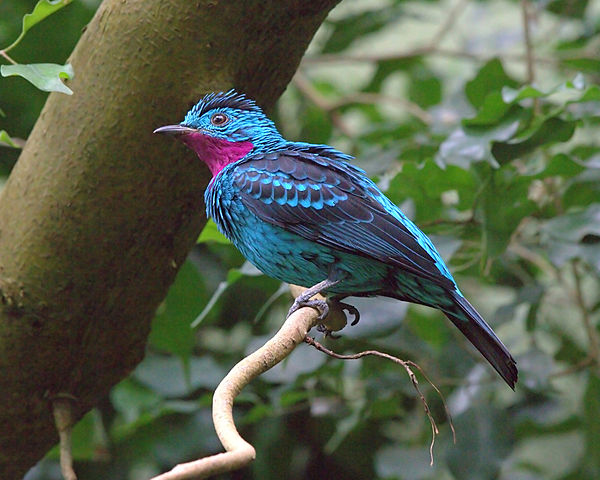 Like other members of the Cotinga genus, they have no song and are frugivorous. However, they have been recorded feeding on insects. 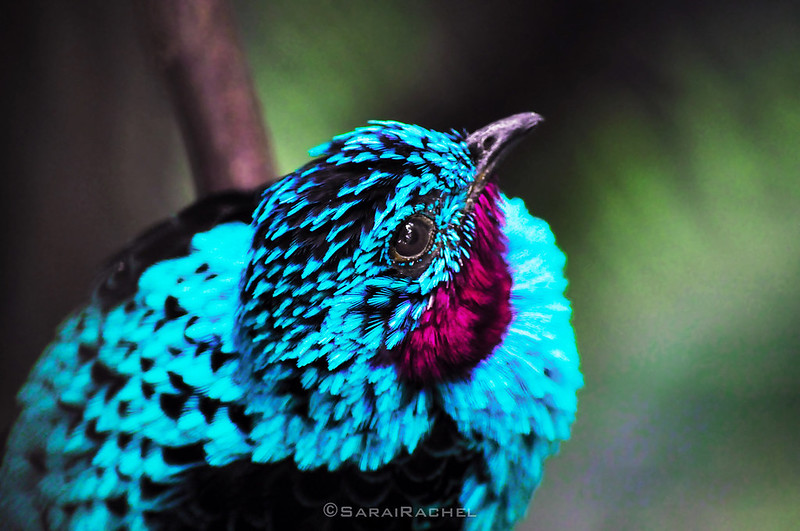 Photo Courtesy of Rachel Samanyi/CC BY 2.0

The female builds a small cup-shaped nest out of twigs and rootlets, about 11 – 15 me off the ground, laying a single large egg. Subsequent prenatal care has only been seen by the female as well. 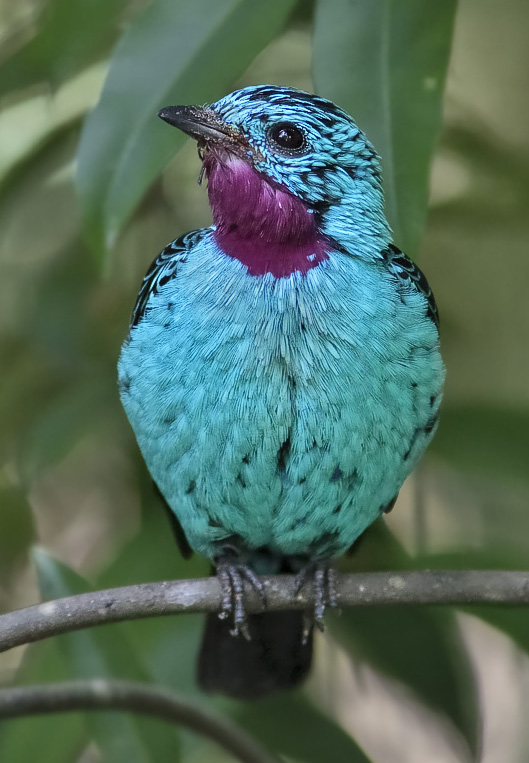 Due to the Spangled Cotinga’s wide range, its population is not thought to be under any threat.

You can watch the video below.

Green Wings, Red Neck Fan With Blue Edges, And Brown Face With Whiteish Streaks, This Parrot Is Conspicuous In Nature

Meet The White-Browed Tit-Warbler, The Bird With A Beautiful Rainbow Coloring (Gallery)

Meet Pink-browed Rosefinch, A Beautiful Tiny Chubby Bird That Is Too Perfect To Be True