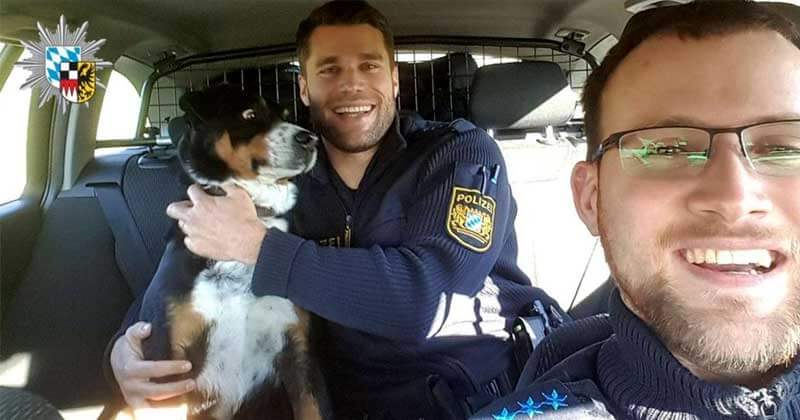 Our dogs are very smart and mischievous, too. That’s why these furry friends sometimes involve in “petty” crimes and escape. The dog in this story does the same. He escaped from home to make his own adventure. But unluckily, he was caught along the way by the cops. Keep scrolling! The dog is currently living in the village of Ziegenbach, Germany. Last week, the smart boy carried out his “escape plan” that he had harbored months before. He snuck away from home to make a solo adventure. Every ran smoothly until he met a group of cyclists whom he thought they stopped to interact with him.

But the dog was wrong. The cyclists were worried about he would get lost, so they called the cops. As a result, they came to catch the “wandering” dog. The furry friend couldn’t believe that he got “arrested” along the way of his adventure. He was loaded into the police cruiser.

That didn’t want this to happen at all. Humans were so pleased with this but he wasn’t. His adventure went into bankruptcy. The police later sent him back home, writing an end for the dog’s solo adventure. He may still do his adventure, but he should let his owners join him. It’s safer and more enjoyable. “The dog’s owner could be found and the four-legged friend could be returned,” the police department wrote.

Do you love this story? If yes, just share it with family and friends. Have fun!