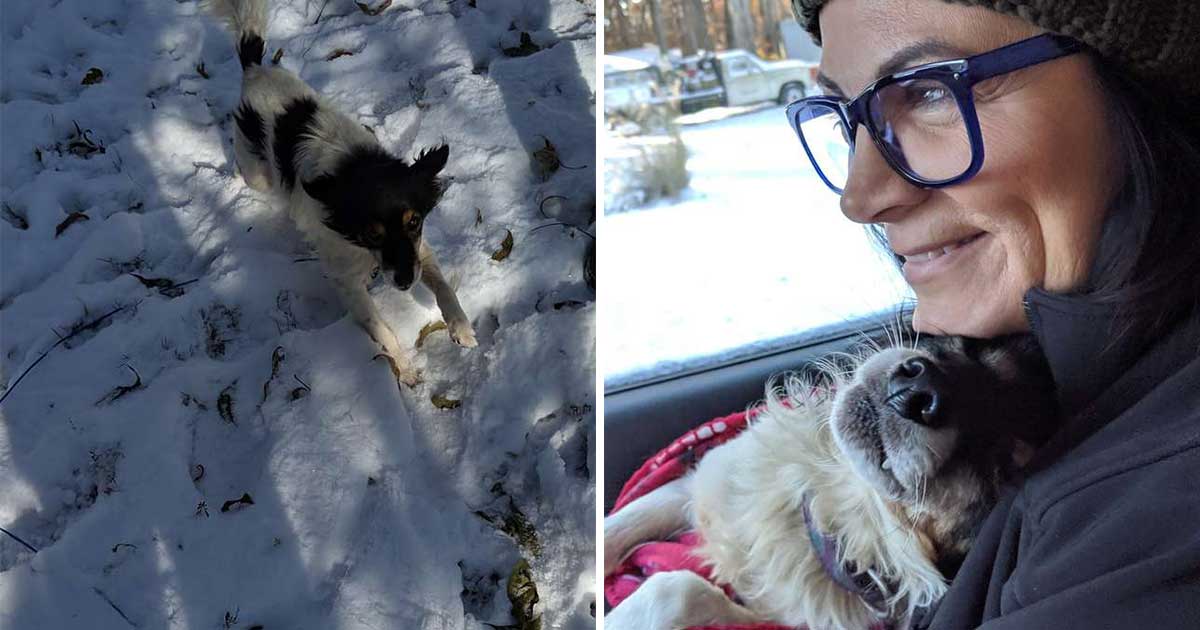 When rescuers found Roscoe, they were shocked to see the poor dog chained up in the snow. His family left him in an abandoned house with some straw to keep him warm. They tied him to a crate, and drove by once a week to give him some kibble. But no matter what happened, he didn’t give up and tried to keep his spirits up. Even when his food and water ran out, Roscoe kept his hope alive and believed someone would come to save him – one day. 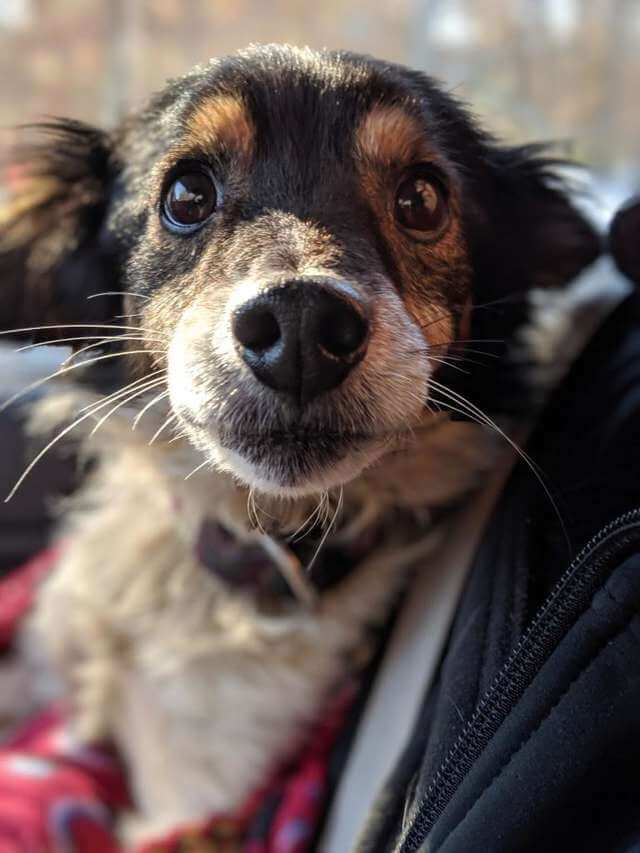 But things took a turn for the worse when heavy snow started to fall in Illinois. Roscoe realized that he might not make it through the night. Luckily, someone was watching over Roscoe and called the Effingham County Animal Control and Shelter to report his situation. Officer Vanessa Skavlem and Warden Michelle Shoot quickly went to save the little dog’s life.

“They called us because it had just snowed the night before, and for southern Illinois, it was a large amount of snow and super cold,” Skavlem told The Dodo. “He was just shivering to death because he was less than 10 pounds.” 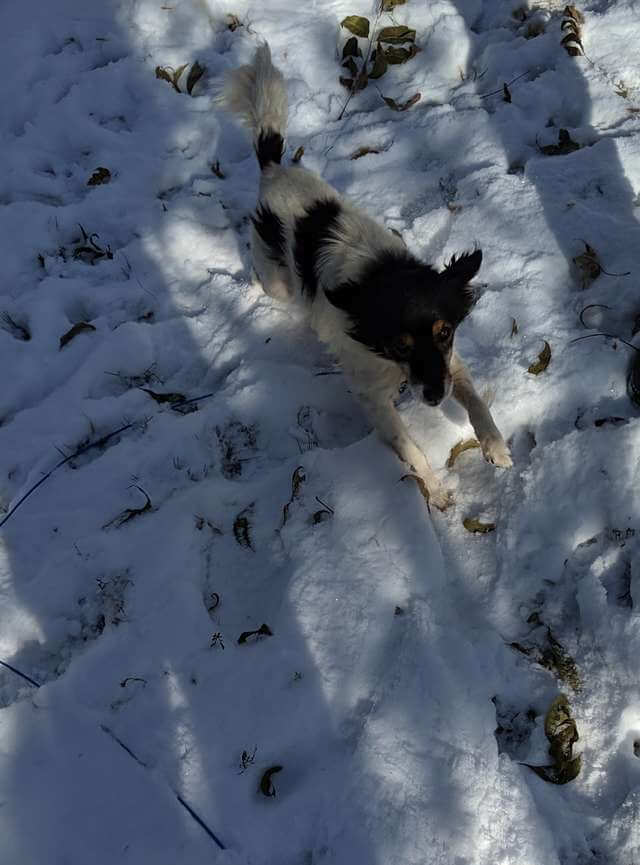 As soon as Roscoe saw the officers arrive, he realized that he was finally safe. “He was just so happy to see us, he came running out,” Skavlem said.

The officers wrapped Roscoe up in a blanket and took him to the car. It was the first time he was warm in weeks. Roscoe couldn’t hide his joy: “He was just so happy, you could tell,” Skavlem added. “He would just whine over and over and over.”

They gave the pup some biscuits and gravy and then Roscoe relaxed into Shoot’s arms with a big smile on his face. It was at that moment that Skavlem took a picture of the relieved pup and shared it on Facebook with the caption: “This is what happiness looks like when you rescue a little dog from living on a chain in the freezing snow.”

After that, the officers moved Roscoe into a shelter, where he spends each day safe and warm. “We have a heated environment in there, and he has all his little blankies,” Skavlem said. “When he comes into the office, he’s so happy he wiggles and jumps up on you.” 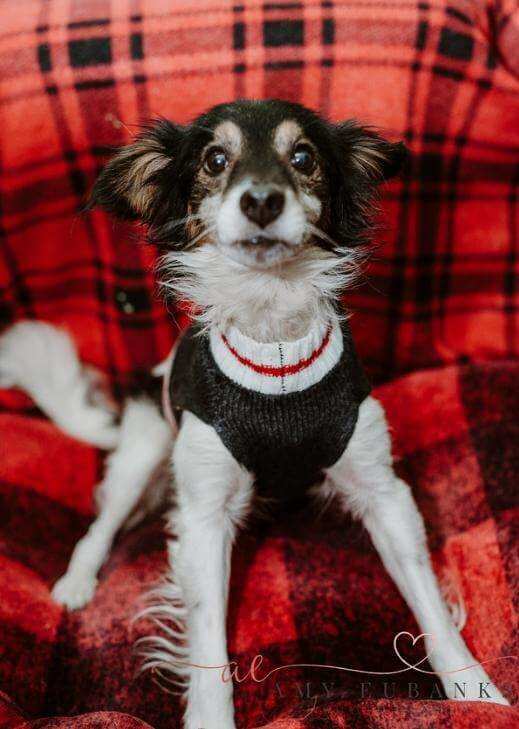 Roscoe still whines with happiness, especially when his rescuers are around. He wants to let them know he is still happy and safe. “He does this adorable whine that’s almost as if he’s talking to you,” Skavlem said. “You know, it just feels like he has emotions and he’s grateful.”

People at the shelter hopes that he will be put up for adoption soon and get the chance to have a happy live that he deserves.

If you live in southern Illinois and are interested in adopting Roscoe, you can find him on Petfinder. Do you like this touching story? Please share it with your friends and family members to make their day better.

Bulldog Is So Excited To Meet His Idol, Cuddles With Him And Refuses To Move