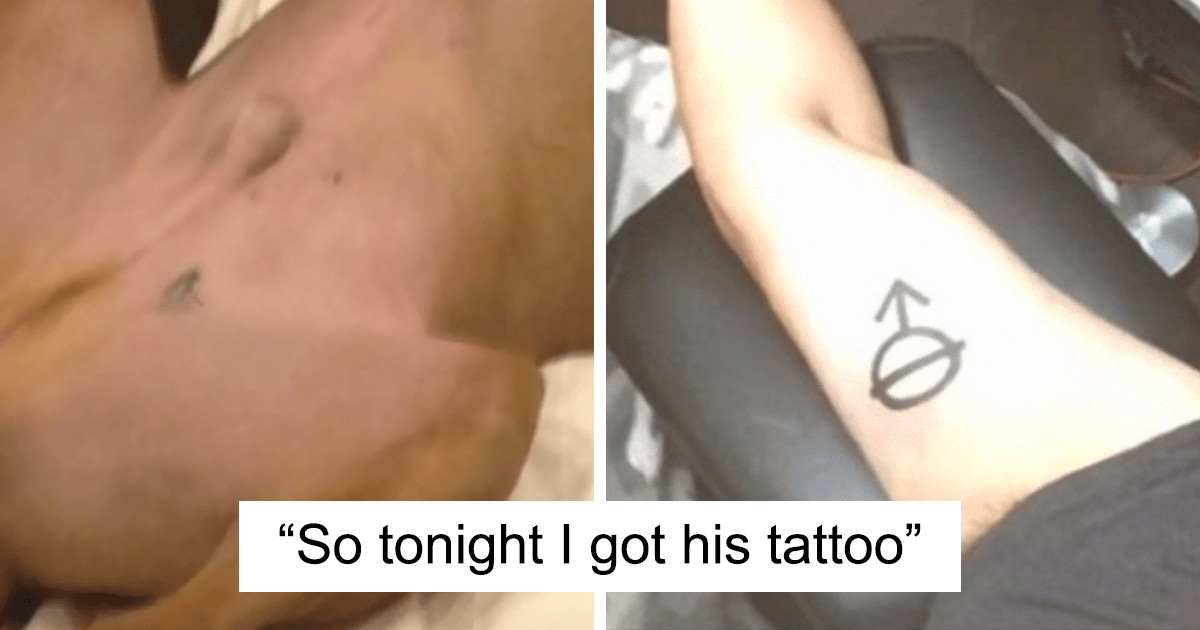 When you’re a pet parent, you would do anything for your pets to help them have a happy life. So, it should come as no surprise when many pet parents are immortalizing their bond with their pets with indelible tattoos. And the man from Texas in this story also decided to show his love and solidarity by getting a tattoo, but he probably regretted his decision. In 2010, Chris Mendiola rescued a dog who had a hard time finding a forever home. After that, Chris found out his dog had been cruelly tattooed by his previous owners. He was angry and wanted to do something to make yourself and his friend feel better. The guy also wanted to prove that he and his dog are best friends, so he decided to get the same tattoo as his dog, as a sign of solidarity. After he shared the post on Facebook, it went viral fairly quickly. And people started telling Chris the tattoo on Bear’s stomach was a symbol used by vets to show that he was neutered and not a sign of animal abuse, as Chris had first thought. However, the guy said he had his reasons for doing what he did. As the online ridicule ensued, Chris was quick to explain himself and claimed he knew what the tattoo meant when he got it, and he has no regrets. “We talked to our vet about the tattoo. I knew what it meant, I knew what I was getting myself into. They can believe and say what they want, but the tattoo is not for them, it’s for me,” he told BuzzFeed. Apparently, Chris knew about the meaning of the tattoo all along, but the internet is not convinced. Mendiola added, “I get to carry my dog with me everywhere I go,” he said. “I can just look down and know I have a part of him with me at all times.” “A lot of people are saying ‘I’d do anything for my pet,’ but would you?” he asked. “Would you get a neutered sign tattooed on your bicep?” What do you think about this story? Feel free to share and don’t forget to let us know your opinions in comments.