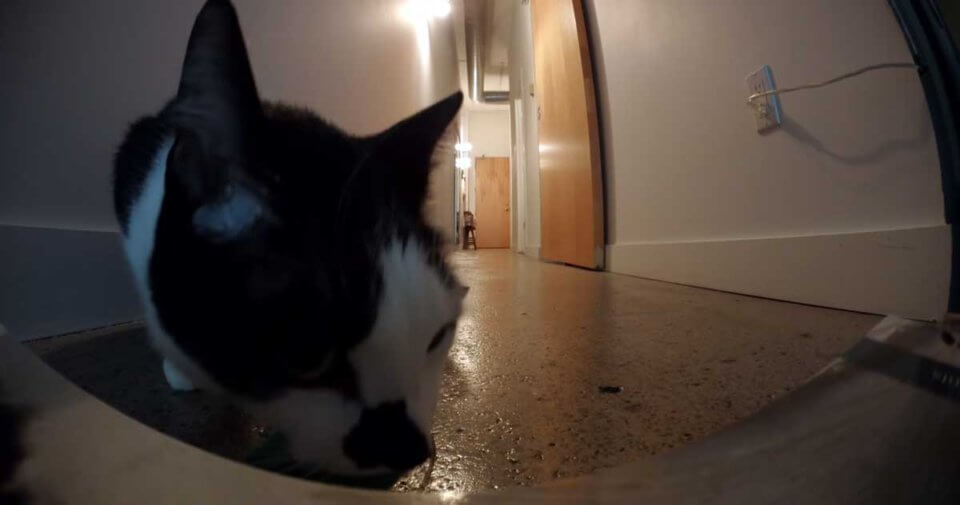 Cats may try to act sassy and cunning, but they’re all just sensitive babies. Also, once they spend enough time with you, they grow extremely attached.

Kodi’s human dad shared his story online: “I knew Kodi had some separation anxiety when he was growing up, even though Shorty cat is always around, but I figured, since he’s almost 5 (36 in human years) that he had grown out of it. Yeah, not so much. Haven’t tried filming him like this in years but this morning I thought I’d just turn on the camera and see. This lil’ dude still misses me like crazy the second I walk out the door. He immediately grabs his “security blanket,” aka, little green mousie, and paces the hallway calling out. Poor little guy! I thought leaving out his and Shorty’s favourite pink toy (you see it in the video) would mean they would have some fun. But cats are obviously very emotional creatures. Wouldn’t you agree?”

This video brought tears to my eyes because it is so emotional – you have to watch it now!

Aww how could we bother leave home after watching this?

What Everything Would Look Like If It Had A Cat’s Face?

Little Special Kitten Grows Up To Be Her Mom’s Soulmate

19 Things You’ll Understand If You Have A Bad Cat

These Photos Will Make You Fall In Love With Canada Lynx