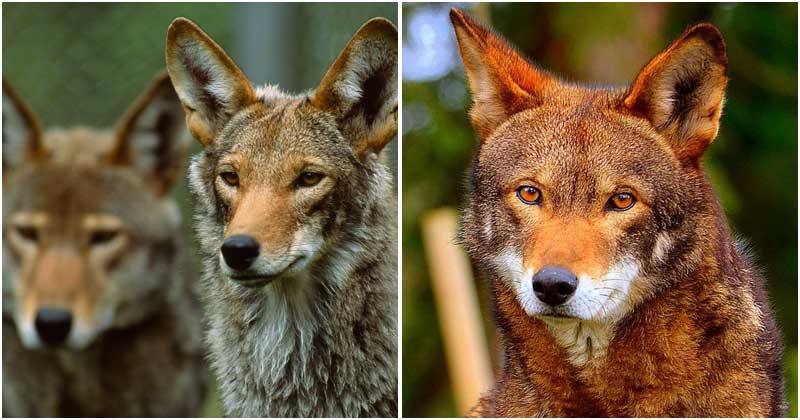 The red wolf is an extremely rare animal. Currently, there are about 10 wild red wolves, even lesser. They are all living in North Carolina, US. It means that this wolf species is facing the risk of extinction. Do you know that these wolves are cousins the cousin of the popular gray wolves? But they are smaller and look similar to coyotes. An adult red wolf is around 26 inches tall and 4 feet in length, with a weight of between 40 and 80 pounds. Like many other wolf species, the red wolf is monogamous. They only mate with one partner during their lifetime. To maintain and preserve the red wolf population, a lot of efforts have been made so far.

So far, there have been a lot of efforts to maintain and preserve the population of this wolf. Back in the 1800s, this species was near extinct in the wild due to illegal hunting. There were only some that lived in zoos.

Then, a captive breeding programme was launched to prevent it from extinction. Thanks to the program, four male and female pairs were sent back into the wild in 1987. Since then, more have been released, creating a slight comeback of this endangered wolf.