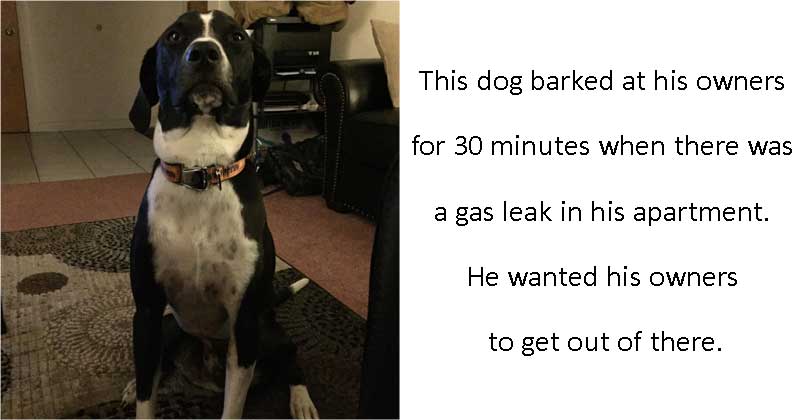 Many animals can do more than just adorable and smart family pets. Some are even professionally trained to do human jobs. There is no strange to see therapy dog, guide dog, security watch cat, or police dog. These furry staffs are courageous and dedicated. They always try their best to fulfill their tasks or simply give. They strongly prove that little creatures may also turn this world a better place.

In this post, we’re glad to share 19 animals that deserve to be called a hero. A dog that supports firefighters 4 hours a day before they start their next 24-hour shift, a cat that donates his blood to save the lives of sick cats, or a landmine-detecting rat that has won the PSDA gold medal for his exceptional bravery is introduced here. They are all worth praising and inspire humans around them. Let’s check them out!

1. Kerith the golden retriever comforts overworked firefighters in California 4 hours a day before they start their next 24-hour shift. 3. This guy is Trevor. He deserves to be called a hero. He donates blood to save the lives of sick cats. 4. Gary is a courageous cat who loves discovering the world. He travels boldly through rocky mountains and rivers. 5. The courageous cat scared off a mountain lion and saved his owner’s life. 6. Murphy is the name of this heroic dog. He saved his human sister from a nest of wasps by carefully licking and nipping them off here without hurting her. 7. Meet Vader who saved his owner from a hammer falling from the fourth floor. 8. Mufasa, a heroic cat that saved his owner’s life from an evil snake sneaking into her bedroom while she was sleeping. 9. Dog accompanies his 3-year-old friend during timeout so he won’t feel lonely. 11. Meet Herbie, an affectionate and responsible therapy dog in the hospital. 12. Orlando, a hero guide dog that jumps into subway tracks to save his blind man. 13. This dog barked at his owners for 30 minutes as there was a gas leak in his apartment. He wanted his owners to get out of the house. 15. Kuli enjoys surfing with her owners. 16. Rabbit also knows how to draw. 17. Jumping 58 times in a minute, Purin and her owner, Makoto Kumagai, set the Guinness World Record. 18. Protecting a boy from a dog attack, Tara received the title of hero. 19. This cute golden retriever puppy is Oko. He becomes a guide for a 12-year-old blind dog. Come To A Village Looking Food, Malnourished Brown Bear Cub Get Rescued and Adopted by A Farm Owner

Covered In Striking Shades, The Multicolored Tanager Is A Star Of The Forest

20 Animals Who Need Sunshine To Relax And Restore Their Energy