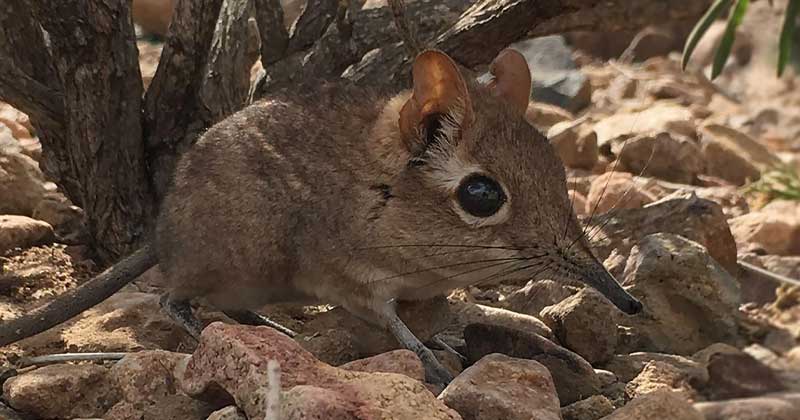 Even the endangered animals list got bigger and bigger over the last couple of years, apparently some species thought to be extinct have been rediscovered. If the last year animal experts witnessed rare sight of some incredibly elusive animals like the clouded leopard or the saki monkeys, this time a tiny and extremely cute species miraculously reappeared in the wild. Apparently the elusive creatures stayed hide very well, since the explorers confirmed to an abundance of these animals in the area. Neither shrews nor elephants, the cute little things are also known as “sengi” and surprisingly (or not) they’re related to elephants; and aardvarks and manatees as well. In fact, their noses reassembles an elephant’s trunk. In miniature, of course! To track them down, the researchers used over 1,000 traps in 12 separated locations. Apparently a mix of peanut butter, oatmeal and yeast was responsible for the snegi’s rediscovery.

FOUND: What is related to an elephant but the size of a mouse, has hindlimbs built like a gazelle, & was lost to science since 1968? The Somali Sengi, an adorable elephant-shrew was recently rediscovered in Djibouti. @DukeLemurCenterhttps://t.co/xSZYutT0CT pic.twitter.com/NJZs0Kx21g

“When we opened the first trap and saw the little tuft of hair on the tip of its tail, we just looked at one another and couldn’t believe it,” Steven Heritage – research scientist at the Duke University Lemur Center told the BBC. “…we looked at each other and we knew that it was something special. They are not well-known animals, but when you see them, it’s impossible not to adore them.”

This Butterfly-topped Caiman Looks Fabulous Like A Fairytale Character

20+ Adorable Photos Of Sleeping Animals That Will Get You Hooked