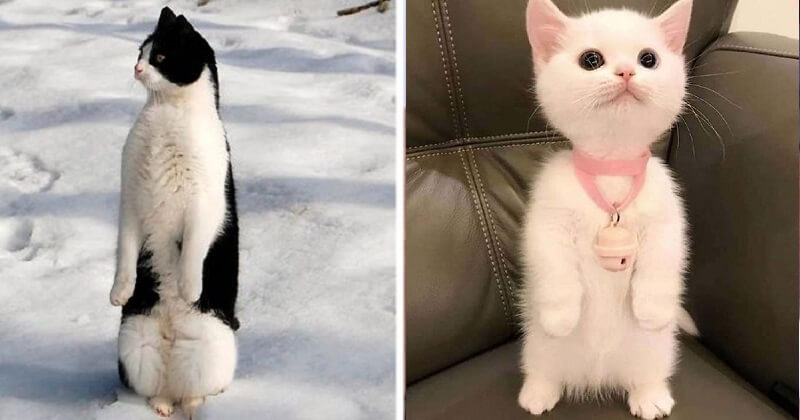 Anyone who owns a cat knows that cats are great and smart creatures. Also, they are incredibly flexible and agile animals, which helps them stalk a potential prey or a toy. Although they don’t live in the icy south, somehow they still have been influenced by penguins. So much so that some cats even started to mimic the way of walking, standing, and sitting like the exceptional birds!

Here are 30 cats who decided to pretend to be penguins. Scroll down to see for yourself because they look absolutely adorable!

1. Aww…this little munchkin is too cute! 2. Just seein’ what the neighbours are doin’. 3. Are you sure they’re not meerkats on look out duty? 5. Did I hear the sound of a distant can opener? 7. This one even has the markings of a penguin. 9. I wouldn’t be able to resist scratching its head either. 15. HAHA we need to see before shower pic Meet Sasha, The Adorable Cat Who Loves To Swim

Cat Thinks That No One Can See Him When He Hides

Cat Adopts Baby Chick And Nurses Him As Her Own Kitten