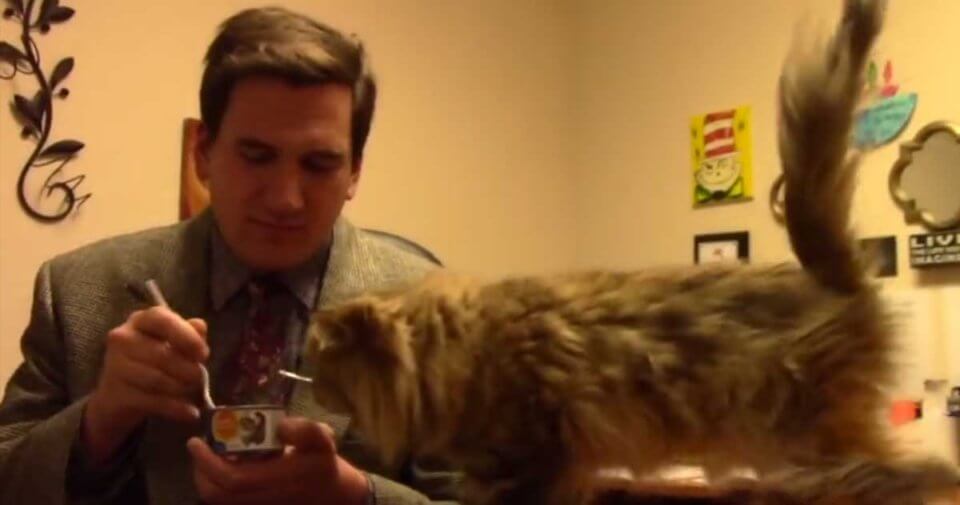 Furkids animal shelter’s hilarious ‘Kitty Kommercial’ went viral, and it certainly proves that you don’t need a high-budget to produce a masterpiece! The rescue organization has its headquarters located in Atlanta, Georgia, so it was only fitting to feature a native Atlantan by the name of Paul Preston as the main character in a brilliantly improvised video that took only 30 minutes to film.

While watching Preston perform like a used car salesman to get the cats adopted will definitely crack you up, it’s imperative to mention that in real life the man is no comedian. Preston is a contractor with a rental property management company, who just happens to be an extremely funny guy.

Actually, it was his own sister who originally came up with the idea for the commercial. She is a regular volunteer over at Furkids, and couldn’t think of anyone better than her brother to be featured in the video.

Our verdict? Purrr-fection! Now go and adopt some cats.

SHARE this video for friends if you enjoyed it! 🙂

This Stray Dog Keeps Visiting A Café, Even During The Lockdown

20 Photos Showing Cats Can Fall Head Over Heels For Dogs

10+ Pets Who Have Bad Days (Perhaps, Even Worse Than Yours)

20 Unlucky Animals Who Got Stuck While Eating