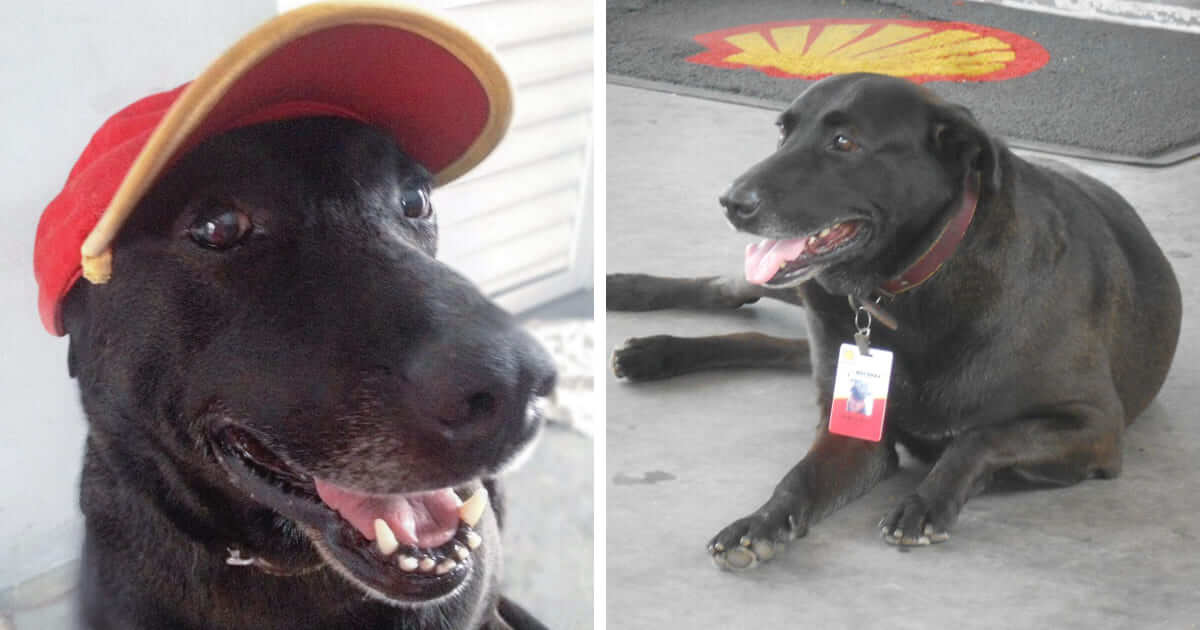 Recruiting a receptionist seemed to get a bit unusual at a Shell gas station in the town of Mogi das Cruzes, Brazil. Sabrina Plannerer, who owns the place never expected she would find Negão, a little black pooch who would turn out to be one of her staffs. The desperate dog was found wandering near Sabrina’s gas station. Although his previous owner abandoned him, he refused to leave the place. He always hopes that his beloved human will go back to him.

That touched Plannerer and her partner, so they decided to give the poor dog a forever home. Negão then got people to care for him, provide him with food, vaccination, deworming, and a leash. It’s time for Negão to forget the dreadful past and move on. Better than that, Negão also received a job for being a happy greeter at the station. When in the shift, Negão has his badge on and delivers his delightful smile to the guests.

Negão in his working uniform Negão has a badge proving his duty in the commercial place Like any hired employee, Negão also has breaks and salary paid for this hard-working attitude. In recent times, Negão’s fame has been spread, earning him a new position of being one of the representatives of Grupo FERA, a local charity formed to advocate for the right of animals.

The warmest smile from Negão will light up your day If you have a chance to pass this gas station, don’t forget to stop by and meet Negão. He’ll surely welcome you with the happiest smile in the world.

10+ People Who Look Or Behave Exactly Like Their Pets

17+ Pets Who Absolutely Love Their New Looks After Being Groomed