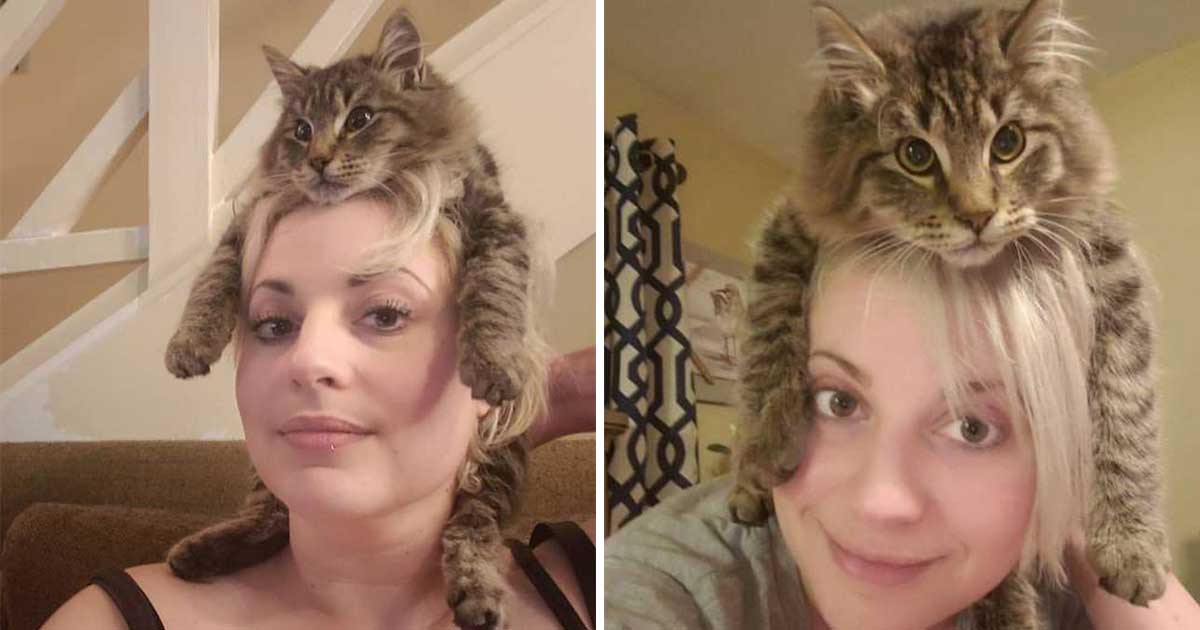 Meet Freddy, a cute lap cat, who loves cuddling with his humans. But sometimes, he is also a cap cat because he always insists on laying himself on his owner’s head. 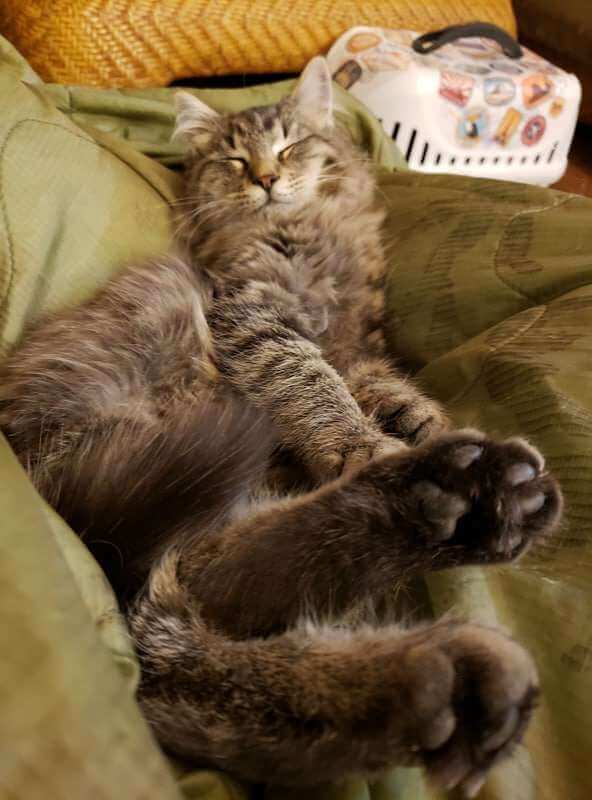 Chelley Tunez, Freddy’s owner, discovered his strange behavior when he was around 5 months old. Tunez was watching TV at home when Freddy began going down the staircase behind the couch. Instead of taking all the steps down as he normally does, Freddy found a faster route to join his mom. 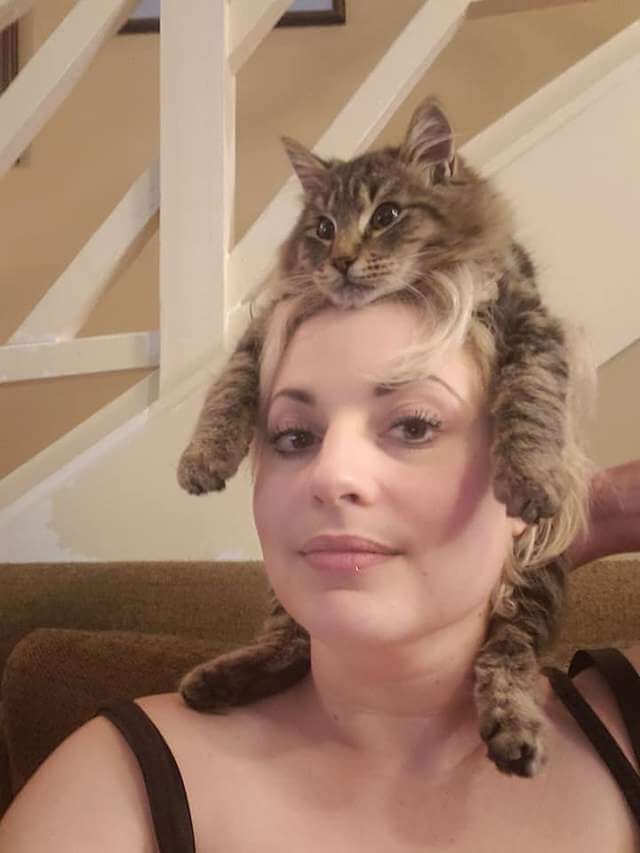 “He just peeked his little head [through the railing] and plopped his head on top of mine,” Tunez told The Dodo. “Then the little feet followed.” 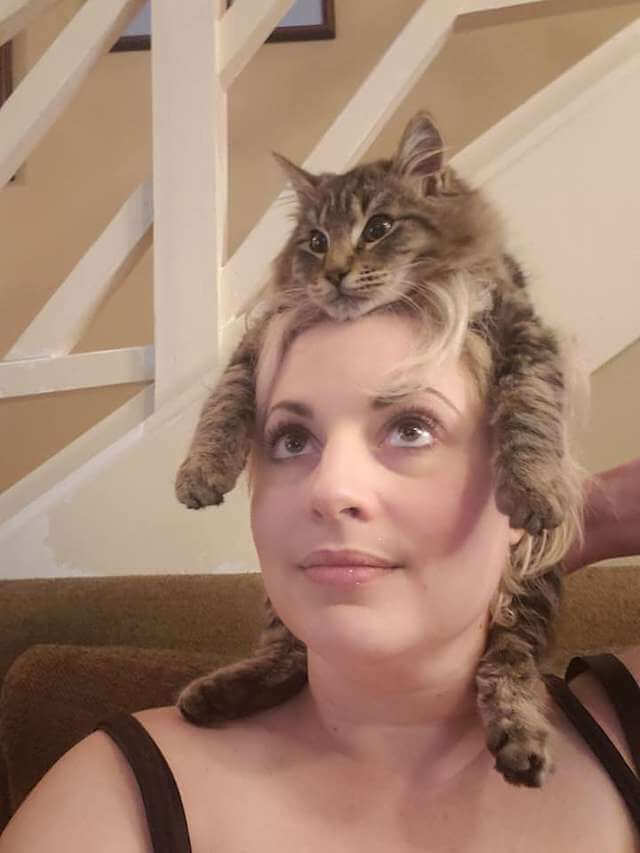 Freddy really loves his new resting spot, so he decided to take his life as a hat. After settling into his favorite place, he’ll often spend 10 to 20 minutes perching atop their heads and chilling. “He does it at least once a night,” Tunez said. “He started doing it now to my husband as well.” 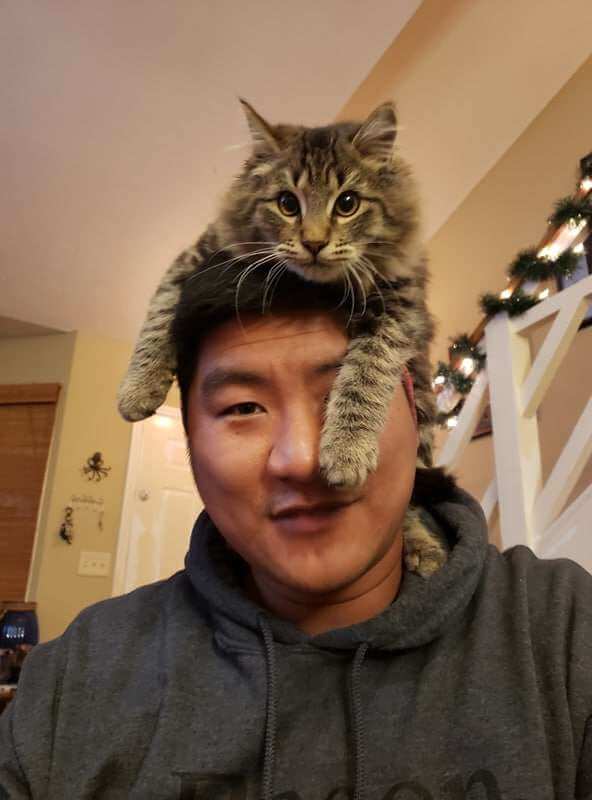 Freddy tends to get so relaxed up there that he starts to slip off, so Tunez often uses her hand to keep her cute feline hat. “When he’s had enough, he’ll slide down the side of your head and wrap himself around your neck, like a stole,” Tunez said. 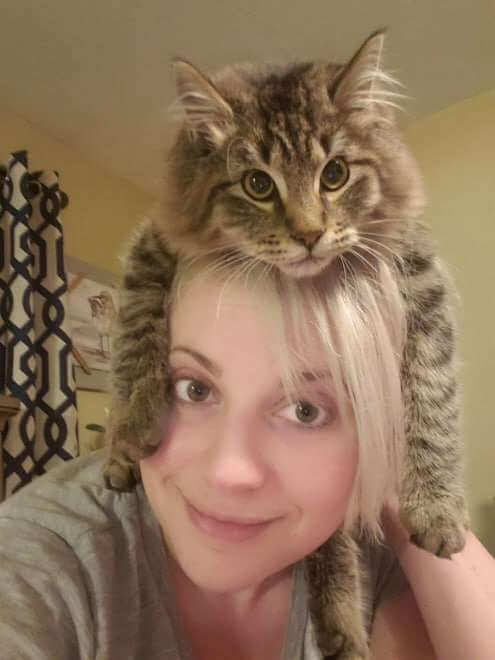 Though perhaps a bit unconventional, Freddy’s family doesn’t stop him from doing that. They respect his choice of resting spot and spend quality time with him every day. “He’s ridiculously cuddly,” Tunez said. “The cuddles are extreme.” 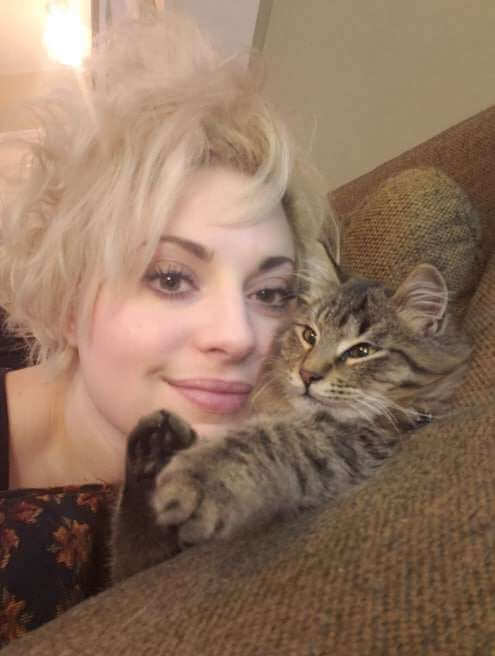 If you love this cute cat, please share him with your friends and family members! Do you want to have a cat like Freddy? Feel free to let us know your thoughts in comments below!

20+ Photos Proving That Animals Are An Infinite Source Of Amusement

25+ Photos That Show Cats Are The Naughtiest Pets On Earth

25 Cats Who Are Completely In Love With Their Owners

20+ Cats That Deserve An Oscar For Their Dramatic Performances