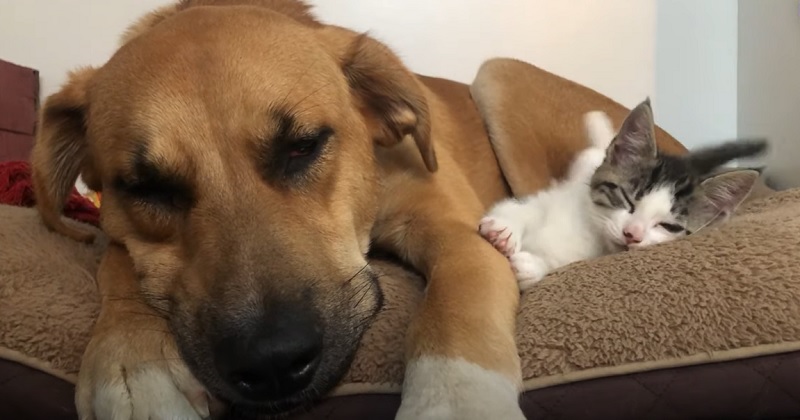 When Cooper the dog and Mini the kitten met each other for the first time, their mom Emily thought that they would not get along. It’s because Mini is so tiny compared to Cooper. However, she was wrong as they became best friends, and now they are almost never apart!

Cooper used to be the only pet in his family, so he had no one to play with. At that moment, Emily thought that he needed a friend, so she brought Mini the kitten home. She hoped that they could become friends and play together.

At first, Mimi was a little shy as her new friend was so huge. But soon, Mini forgot that she was tiny and Cooper was big. They fell in love with each other and became best friends forever!

Mini loves doing everything with her big brother. The two animals try to do everything together. Cooper is just happy when Mini’s around. These two best friends prove that it doesn’t matter who’s big or small, it matters who you are.

Special thanks to Cooper, Mini, and Emily. If you love them, you can follow them on Instagram!

What do you think about this story? Tell us your thoughts in the comments below! Don’t forget to share this post with your friends and family members!

Family Rescues Abandoned Kitten, So He Returns The Favor By Giving Their Baby With Lots Of Kitty Cuddles

10+ Dangerous Dogs Behind Those “Beware Of Dog” Signs (New Pics)

The New Generation Of The Grumpy Cat Looks Even Grumpier