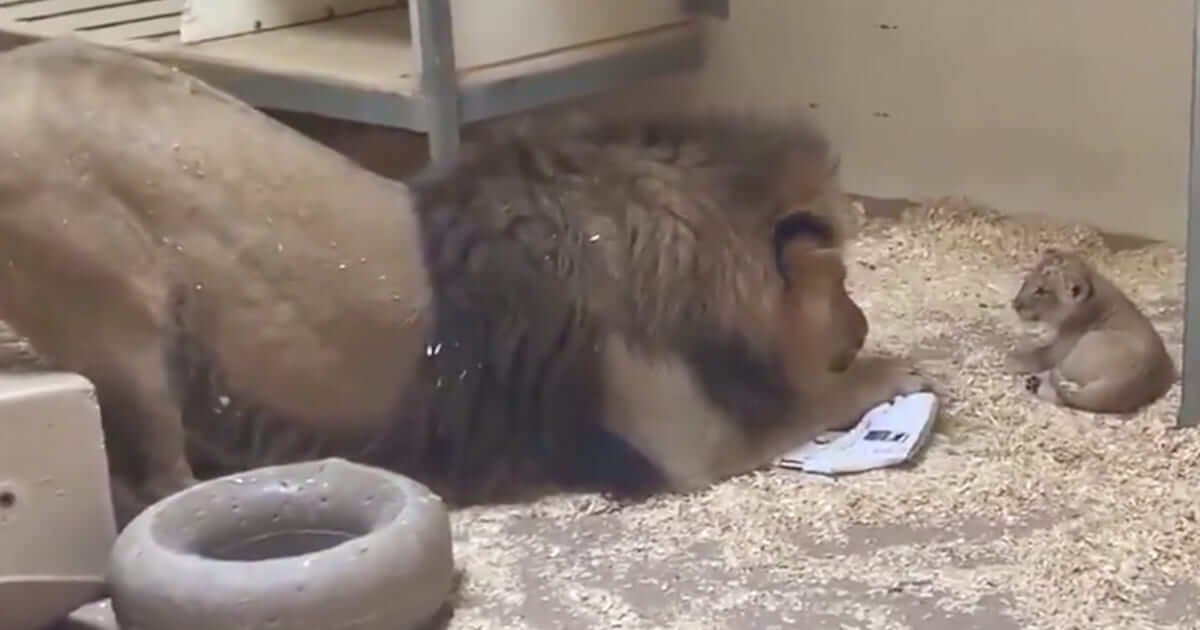 Recently, Denver Zoo in US shared an adorable video showcasing a lion dad meeting his cub for the first time. The video quickly went viral and won over the internet. According to Denver Zoo‘s post, the boy cub was born on July 25 and since his birth, he had only spent time with his mother, Neliah. Once everything was okay, he was allowed to be introduced to the family. Finally, the family members can meet each other, and the two generations’ first encounter is so precious! As you can see in the video, the lion cub was playing around in its enclosure when his dad Tobias came in. The big lion dad’s actions towards his small bean of a son as he crouched down to interact that took the Internet by storm. People love their encounter and praise the father for his gentle behavior. “He’s spent the last couple months bonding with his mom (Neliah), dad (Tobias) and half-sister (Kamara) behind the scenes at Predator Ridge at Denver Zoo, and will soon make his big public debut in one of the outdoor habitats,” Jake Kubié, the director of communications revealed. “He’s all the things you might expect of a lion cub: playful, curious and energetic!” “Everyone is extremely excited and anxious to pay him a visit once he makes his public debut,” Jake commented on the public’s response to the adorable cub. Check out the video below:

This week's Tatu #cubdate comes with some exciting news: the cub has met his dad, Tobias, and big sister Kamara! Already 12 lbs, this little lion is climbing up the ranks in the world – as in he literally loves climbing everything and that includes Aunt Sabi and Kamara!

If you love this video, please share it with your friends and family members!

These Cute Tiny Kittens Are Guaranteed To Brighten Up Our Day

10+ Melancholic Cats Who Are Waiting For Their Humans To Return

Kitty With The Cat Tattoo Breaks The Internet In Japan