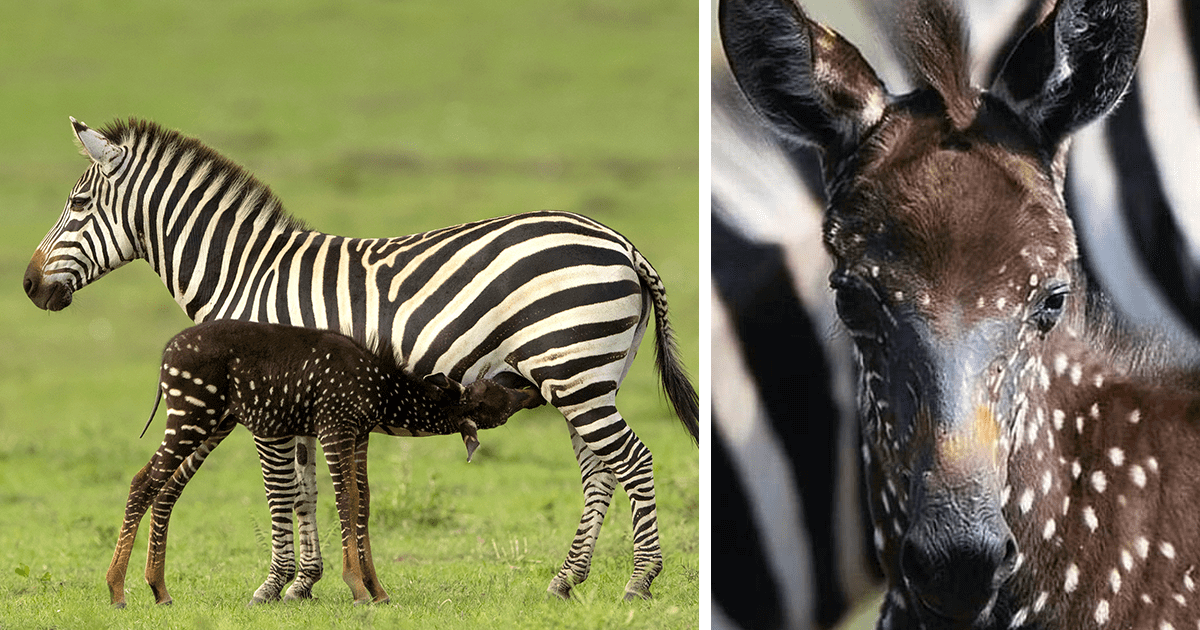 Zebras are several species of African equids (horse family), are famous for their distinctive black-and-white striped coat. Their stripes come in different patterns, unique to each individual. These unique stripes of zebras make them one of the animals most familiar to people. However, what if a zebra is born with spots instead of stripes? A rare baby zebra has already captured the hearts of the internet when it was born with spots instead of stripes. The unusual zebra was seen in the Maasai Mara National Reserve in Kenya and this was the first recorded case of a polka dot zebra at the reserve. Two photographers Rahul Sachdev and Antony Tira were completely surprised to come across the rare “blacker” newly born zebra. They immediately took out his camera and photographed some photos of it. After being shared on social media, the photos of the adorable polka dot zebra quickly went viral and took the internet by storm. According to scientists, zebras have stripes due to a lack of melanin production, making them black with white strips. “The zebra stripes are formed when melanin is held back and that the ‘default’ color of a zebra is black,” wrote Elegant Holiday Tours & Travel. Parmale Lemein, a wildlife specialist from the Matira Bush Camp says the baby zebra most likely has melanism, which is the opposite of albinism. He also says that no similar zebras have survived past six months with such a condition in African parks. Hopefully, this one will survive. Watch the video of the beautiful baby zebra below:

What do you think about the spotted zebra? Please share and let us know in the comments below.