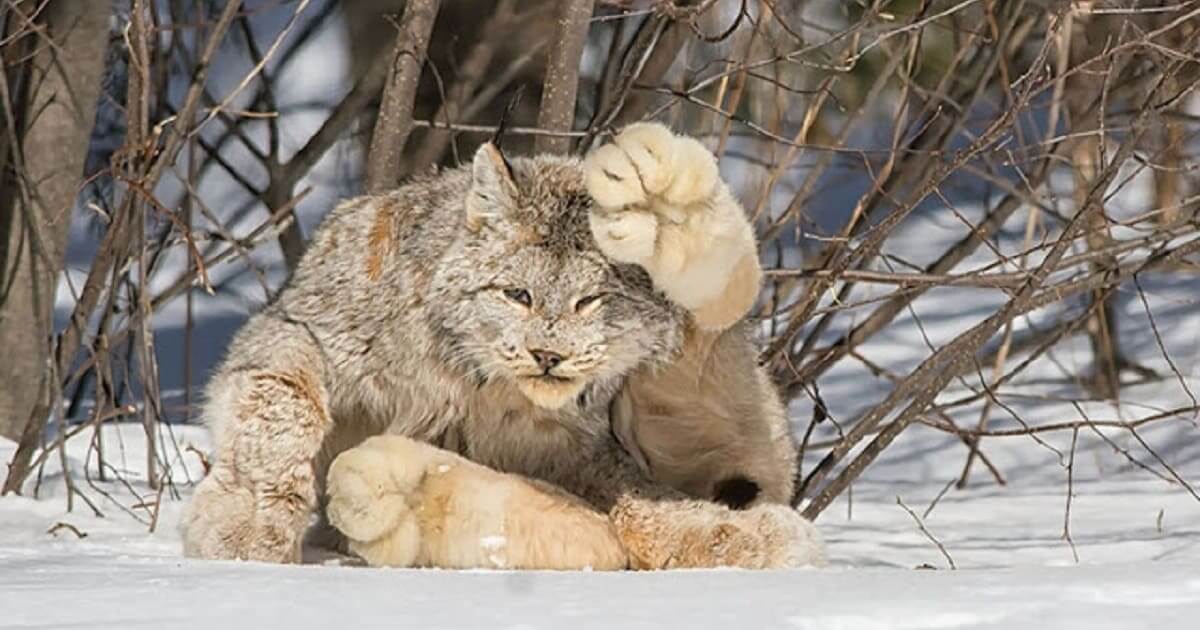 The Canada lynx is a lynx species native to North America. It ranges across Canada and Alaska and south into parts of Washington, Oregon, Idaho and Montana. They live deep in coniferous forests near rocky areas, bogs, and swamps. With a dense silvery-brown coat, ruffed face and tufted ears, the Canada lynx look similar to bobcats, but there are some distinguishing features: Canada lynx is slightly larger than the bobcat, it has large ears with long black tufts at the ends. Its tail is short with a black tip at the end. The Canada lynx tends to hunt at night like its primary prey, the snowshoe hare. It also eats birds, meadow voles, carrion and sometimes larger animals like deer and caribou. It can climb trees and it often waits on a branch for passing prey. Scroll down to see more pictures of Canada Lynx! 20 Cats Who Have Inexplicable Habits And Traits

Sphynx Cat’s Knobby Knees Are Taking The Internet By Storm

10+ Cats And Dogs Whose Relationships Are Full Of Love, Support, And Respect

10+ Cats Who Hoard Random Things And Don’t Even Realize