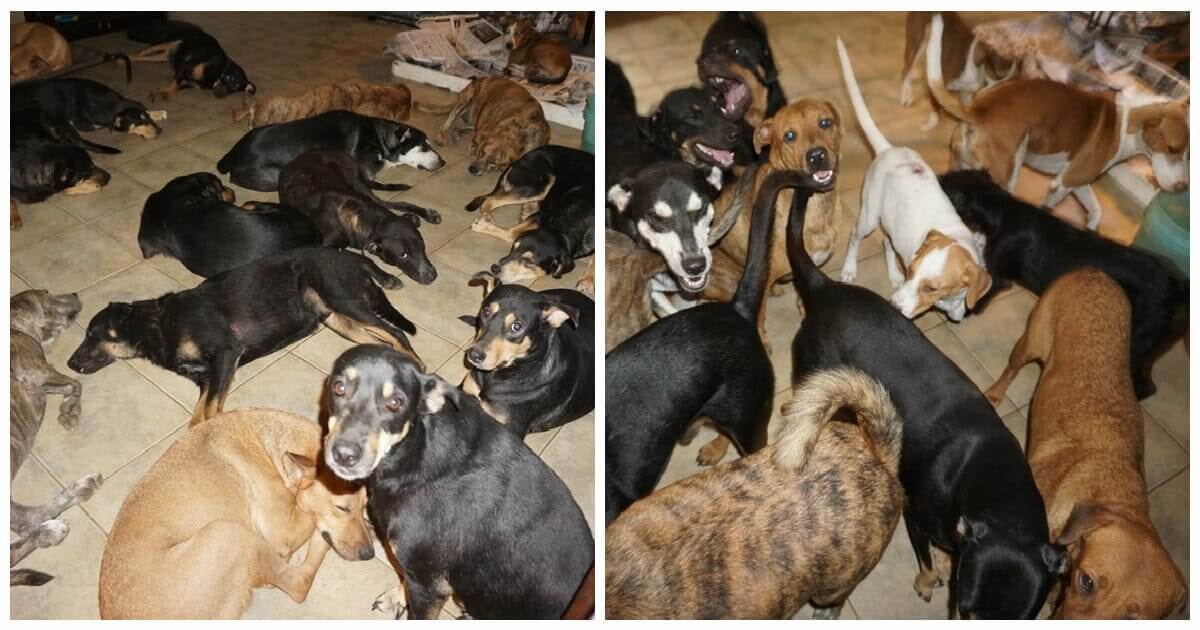 Hurricane Dorian is a strong tropical cyclone currently affecting the Bahamas and the Southeastern United States. This is one of the most powerful storms to ever hit the Bahamas, leaving a trail of extreme destruction in its wake. It has caused at least seven deaths, 13,000 houses and constructions severely damaged. After ripping through the Bahamas, Hurricane Dorian is inching toward the Southeast coast of the US. Hubert Minnis, the prime minister of the Bahamas, said on Monday that the islands were “in the midst of a historic tragedy,” with “unprecedented and extensive” damage. Amid the human suffering and loss that these natural disasters cause, animals are often forgotten. Nobody can imagine how traumatic these creatures were when the hurricane hit, especially those that have already been abandoned. Thankfully, one kind woman and her brother opened their home to 97 homeless and abandoned dogs. Chella is an animal lover who runs a rescue called The Voiceless Dogs Of Nassau, Bahamas. She is not an official rescue shelter or organization, and she doesn’t receive any kind of help from the government. However, she just wants to help the homeless dogs and show them the love they deserve. Instead of leaving poor dogs out on the streets to face the hurricane alone, Chella rescued them and took them in her home. She takes care of them until she is able to find a rescue willing to help her with them. Thank you to this hero for saving these helpless dogs. Let’s hope the hurricane passes soon and all of these dogs can get through it safe and go on to find the forever homes and families they deserve! If you want to help Chella and stray dogs, you can click here to donate.

20+ Adorable Dogs That Will Make You Love At First Sight

This Dog Was Seen Helping Her Human Sister With The Laundry

Dog Gets Unusual Friend And Happy Life After Being Rescued

Dressed Up In A Tuxedo To Greet His New Family But Owners Never Showed Up, This Pup Finally Found His Home