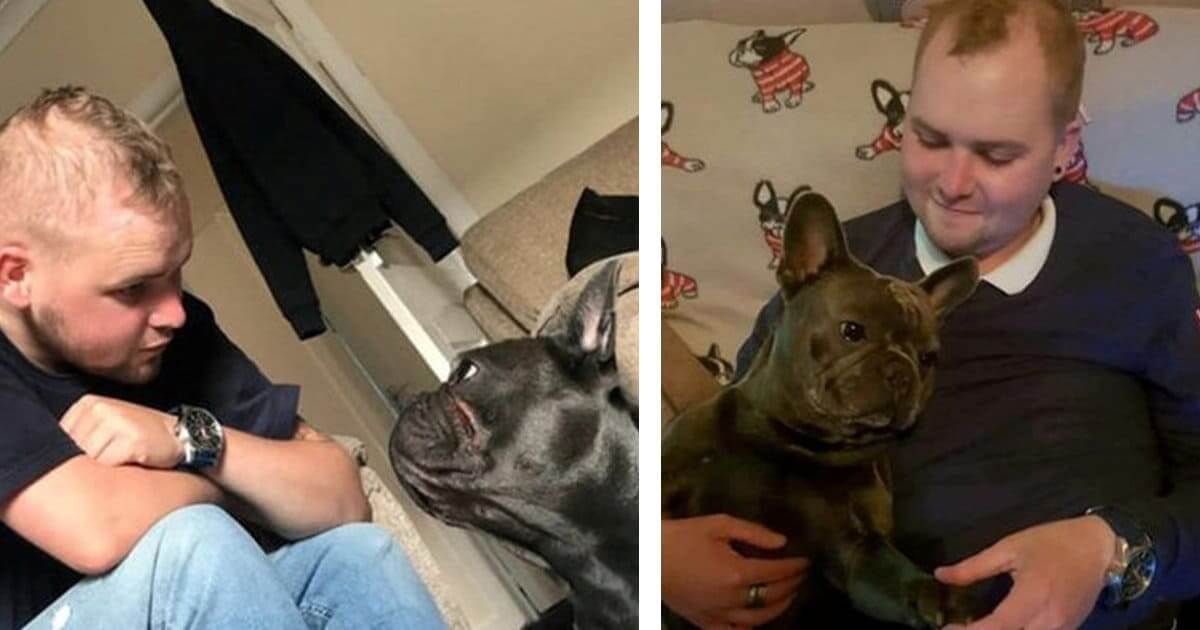 The story of Nero and his owner makes us believe that true love exists in life. Stuart Hutchison, 25, from Alloa in Scotland, had been diagnosed with brain cancer in 2011, and he spent eight years battling with it. Despite going through surgery and chemotherapy, his cancer had turned more aggressive and spread to most of his brain, as well as to his bones and his pelvis. So, he decided to spend his final days at home and had gone forever at the age of 25 in the arms of his loving wife Danielle on August 11. However, only 15 minutes after Stuart left the world, the family got “a shock and traumatic” – their beloved dog Nero also passed away. The added tragedy of Nero’s passing has made the situation even more difficult.

In the last days of Stuart, everyone realized that the dog Nero appeared to be sick, so they took the bulldog to the emergency vet. Unfortunately, Nero had a rupture in his spine and vets was not able to save him. He passed away only minutes after Stuart’s passing. Fiona Conaghan, Stuart’s mom told the Mirror, “Stuart died about 1:15 p.m. that day, and Nero died roughly 15 minutes later. He had three dogs, but he and Nero were like one man and his dog. Nero was the dog which was always with him.”

“Danielle was heartbroken to have lost both of them, but she has been so strong,” Conaghan said. Perhaps everyone knows that the lovely dog and his owner went to heaven, where they will surely recognize and continue to love with the same respect they have done in life. Our sincerest condolences to the Hutchison family. Share to let everyone know the great story of Nero, an example of faithfulness and boundless love.

20 Adorable Dog Mix Breeds That You Will Go “Aww”