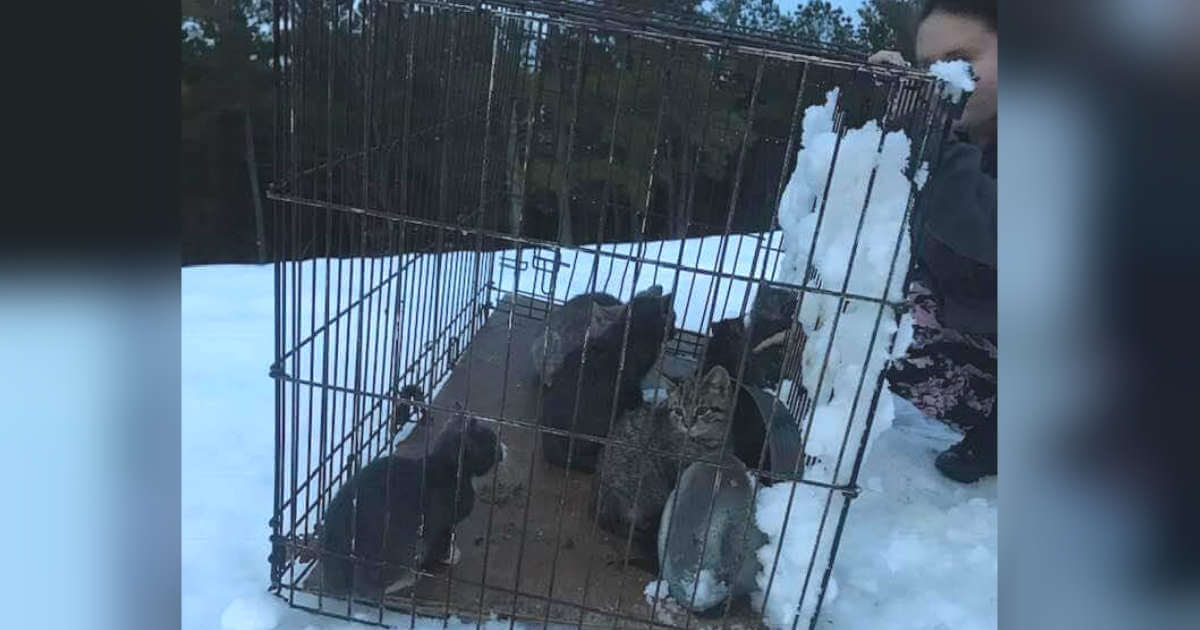 Few days ago, a cage full of cats was dumped in the snow in Campbell County, Virginia. Someone had left 12 kittens and let them die in the cold. Winter’s severe weather in Campbell County might kill and bury alive these poor kittens. Luckily, a passer spotted a cage sticking out of a snow mound and stopped to check out. She saw six cats shivering inside the crate and six tiny kittens outside the cage. She immediately called help from Friends of Campbell County Animal Control (FOCCAC). When rescuers arrived at Campbell County, they saw a heartbreaking scene. Four kittens were laying in the snow and were not moving, three little cats were in distress. The four adults and two kittens in the cage were soaking wet and shivering. Volunteers quickly moved all cats to the nearest animal shelter. On the way to the shelter, they regulated kitten’s temperatures by the towels, hot water bottles and even shirts. Thanks to the animal control officer and the volunteers, the poor kittens were soon dry and grooming themselves as if nothing had happened. Once all kittens are healthy enough, they are ready to be adopted by a happy family which can keep them safe and warm. Here Is One Minute Of Kitten Cuteness To Make Your Heart Feel Fluffy And Happy!