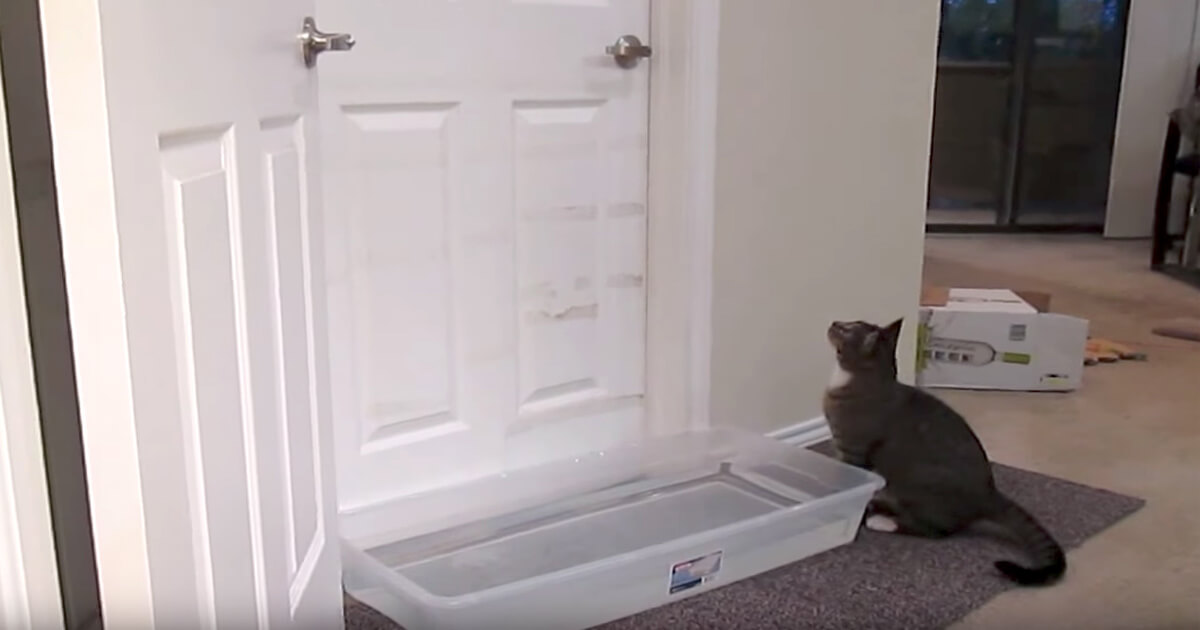 Kristian Svenson from Lakewood, Colorado, caught his pet tabby sneakily managing to open doors around the house. This clever tuxedo tabby kitten named Mulder apparently enjoys opening doors like a human every morning and waking his owner up by hanging off the doorknob.
Svenson couldn’t put up with his cat’s behavior any longer so he came up with a plan on how to stop kitty Mulder. He put a homemade water trap in front of a closed door. This wasn’t enough to stop Mulder, however. The little cat simply jumped above the water trap and onto the doorknob, pulled the door open and then calmly stepped inside.
Sven is now never safe from his cat as the intuitive moggy has actually figured out how to open doors.
Scroll down for funny video about this smart cat!

He put a homemade water trap in front of a closed door. This wasn’t enough to stop Mulder The little cat calmly stepped inside. Meet Gary, The Best Adventure Buddy Anyone Could Ask For

10+ Photos Of Cats Taken From Underneath

10+ Dogs And Cats That Destroyed Christmas