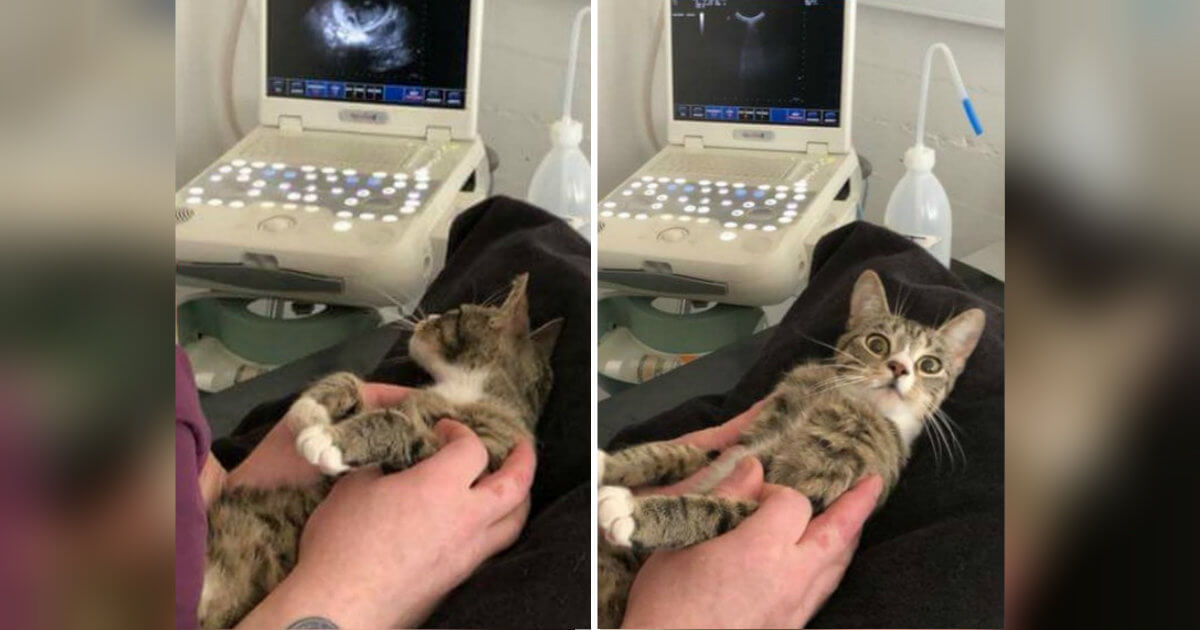 Meet Ulla, a young tabby cat who was rescused from the streets of Nuuk, Greenland, at the animal shelter Dyrenes Venner (translating to “Protector of Animals in Greenland”). The shelter staff immediately fell in love with the adorable fur ball and named her Ulla. When she arrived at the shelter and made herself right at home by snuggling up to her new friends, including the dogs and guinea pigs.
Shortly after her rescue, shelter board member Tone Frank noticed she was more plump than usual. She was taken to the only veterinary facility in Greenland and given an ultrasound. It was pretty amazing. Ulla was pregnant! Ulla may have been shocked when discovering that she’s pregnant. Frank snapped a few pictures during Ulla’s procedure, capturing the little cat’s wide-eyed surprise perfectly. Frank shared the news and pictures with her fellow board members, and before she knew it, Ulla had gone viral on Reddit.
Ulla’s newfound fame brought her the one thing she’s always wanted — a forever family. Now, instead of curling up with the other animals at the shelter, Ulla spends her time sniffing her new cat sibling and prepping for the arrival of her kittens.Ulla is expected to give birth in the coming days, according to the shelter.
Check out the photo below to see Ulla’s hilarious face!

The cat, named Ulla who was found on the street. 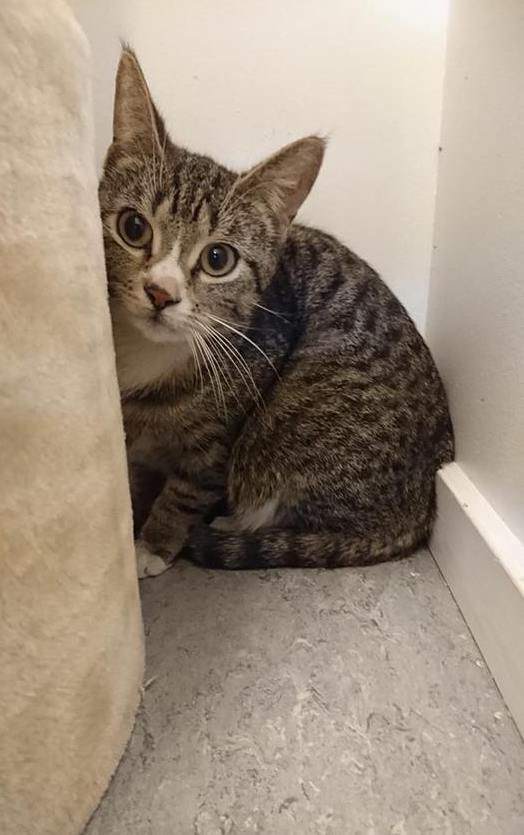 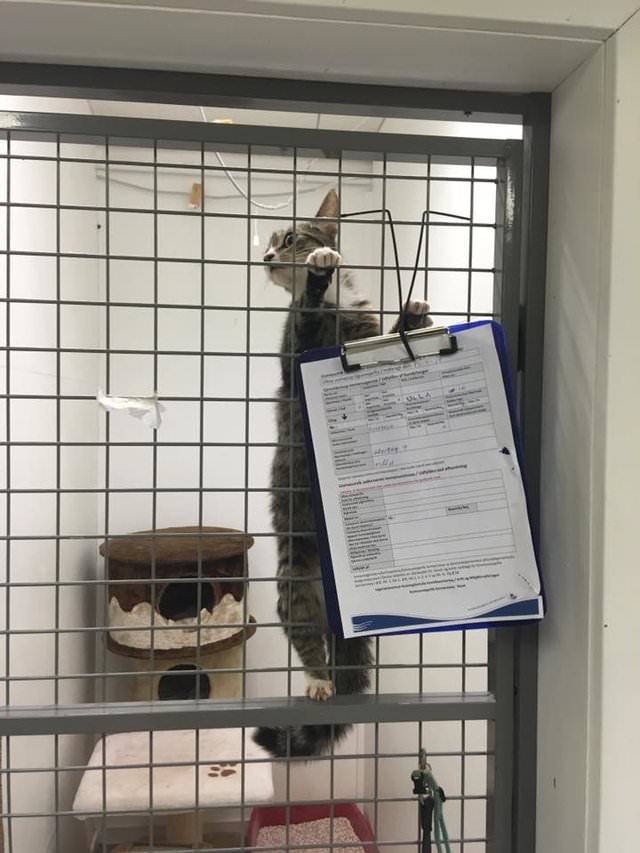 “Looks like happiness finally smiles at our pregnant Ulla” 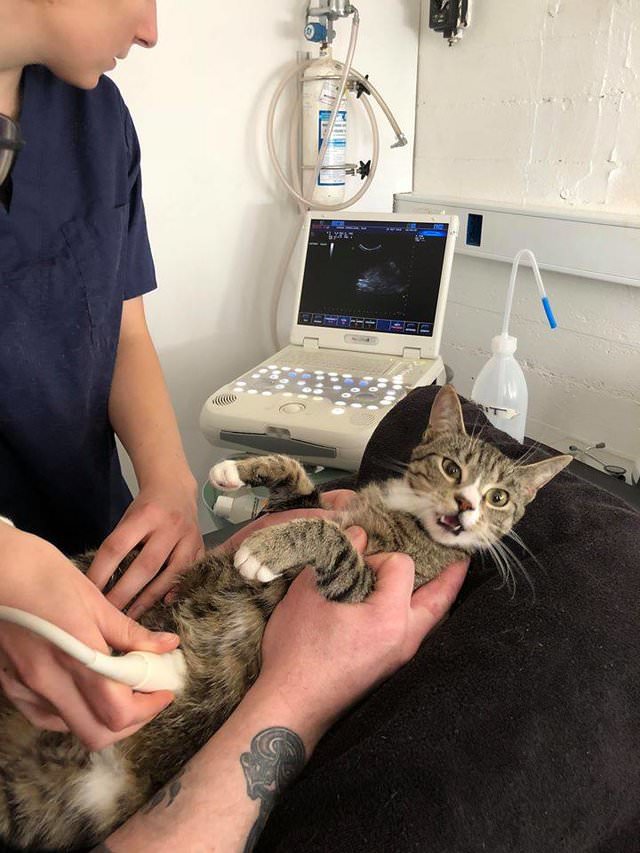 Veterinarians said Ulla will likely give birth to four or five kittens! 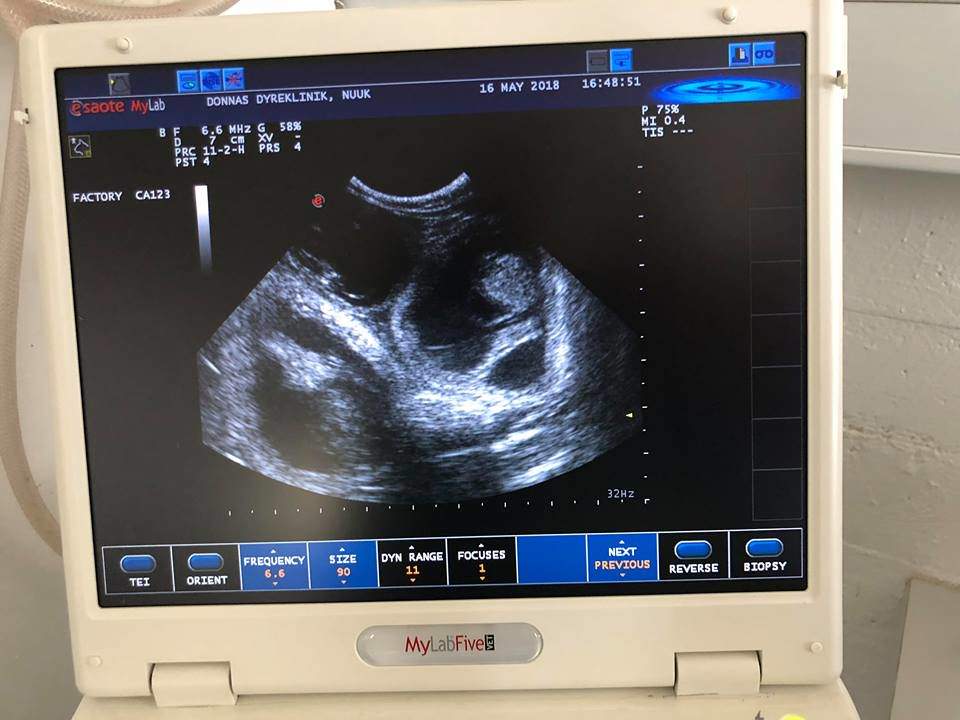 Ulla had a hilarious reaction to finding out she was pregnant with kittens. 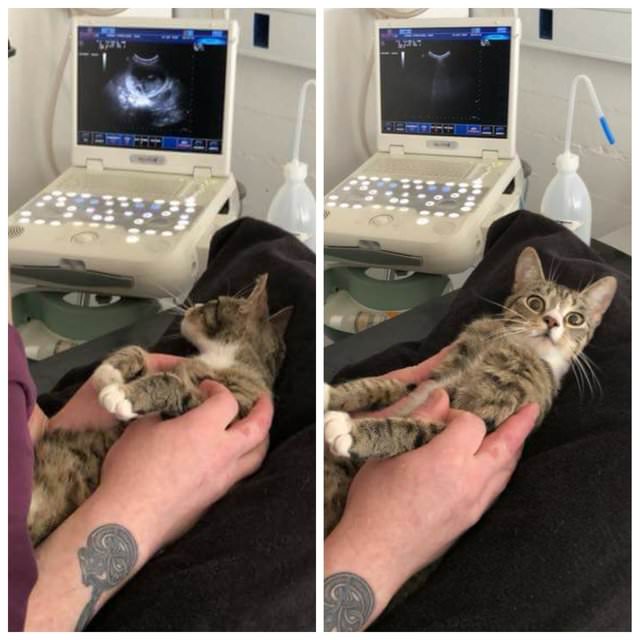 Ulla’s reactions not only shot her to internet fame, it also helped find her a real home. 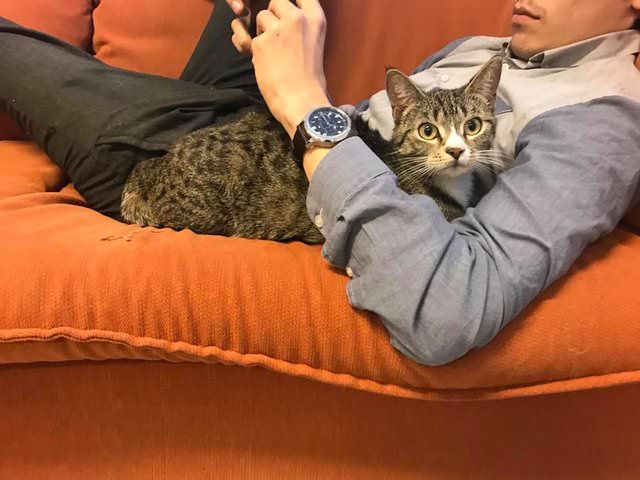 20 Amazing Discoveries You Make When You Have A Cat

Meet Yana, The Two-Faced Kitty Whose Parents Ran Out Of Ink

10+ Funny Cat Photos That Are Guaranteed To Make You Laugh