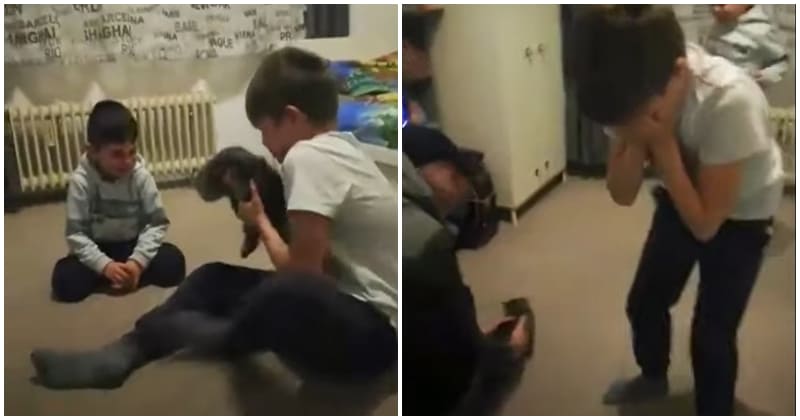 Many children wish to have a cat as their pet, and maybe your child is also one of them. Cats can be a fantastic source of entertainment, and they are wonderful to cuddle. Therefore, it is not surprising why kids love cats so much. These kids had been telling their parents to give them a cat for a long time. In Christmas 2020, their dream came true when they were handed a kitten as their X-mas gift. When they received the gift, the boys felt over the moon, bawling their eyes with tears of surprise and excitement. Their parents captured and posted the pure moment when they met the cat after days of expecting.

In the video, the seven-year-old boy and his little brother were lying on the bed when their parents came in with a sweet black-haired kitten, Raffy. As an immediate response, the kids became cheerful beyond words, jumping on their feet in excitement. One of the kids burst into tears, hugging Raffy tightly before passing her to his brother. Their reactions were a genuine expression of excitement and love. They were happy that they got a new friend as they had always been looking for. As the parents said, they found Ruffy alone on the street in a cold night. She was abandoned, so they decided to take the kitten home and care for her. Raffy came as destiny to the family when they were also wanting one cat.

We are happy that sweetheart Raffy has a forever home. Raffy is now living in happiness with two big brothers and her loving parents. 20 Pics Of Freddie Mercury And His Cats, That He Loved And Treated Like His Own Children

Man Creates Indoor Fake Tree For A Cat, And The Master Approves Of It