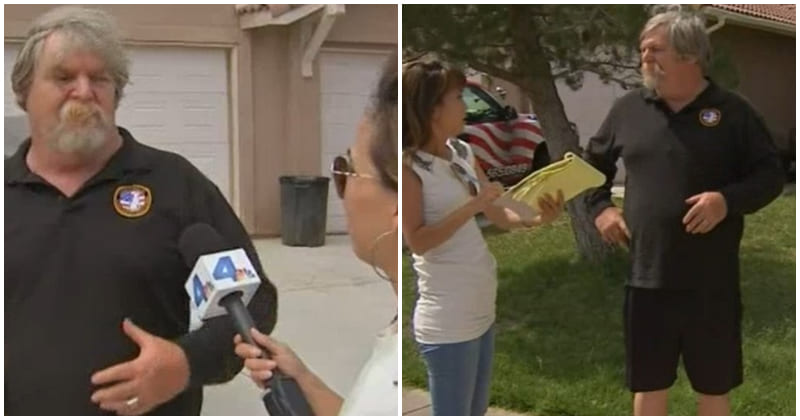 A Southern California father told NBC SanDiego that he was incredibly lucky he woke up and managed to protect his daughter from a male predator she met on Instagram.

Tim LeBlanc, whose daughter was 12, woke up at 2 AM and found that his daughter was not in her room. The quick-thinking dad rushed to his truck and started looking for her outside. He finally saw his daughter on the street, being led to a vehicle by an adult man.

“He had this door open about this wide and had his arm around my daughter and was kind of sweeping her in, putting her into the truck,” according to LeBlanc.

Being confronted by Tim, the man said that he was 16 years old while he definitely was not. Leblanc was very sure that he was an adult man. That was when he threw a punch at the astute father, but he avoided it. Leblanc immediately knocked his daughter’s predator to the ground, waiting for the police to come and arrest him.

The man, eventually, was taken into custody by Riverside County sheriff’s deputies. He was identified as Scott Stilwell, 27, of San Diego. Leblanc said his daughter met the 27-year-old man on social media where he pretended to be just 16 years old.

She was gradually lured by gifts like a jacket, necklace, and hat sent from her online friend- Leblanc added- She also received nacked photos of the man and finally accepted to meet him at night. Thankfully, she was saved by her caring father and is now in safety. “I probably wouldn’t have a daughter if I hadn’t caught this,” Leblanc told the media.

Fathers are often strict and hard on their children, especially with their daughters. While they usually get criticized for that, the fact is that they can even risk their lives to save their daughters. Tim in this story is an example of a good father that many of us need to follow.

Parents Decides That His Ventilator Shut Off, But A Miracle Of Love Comes To Save His Life