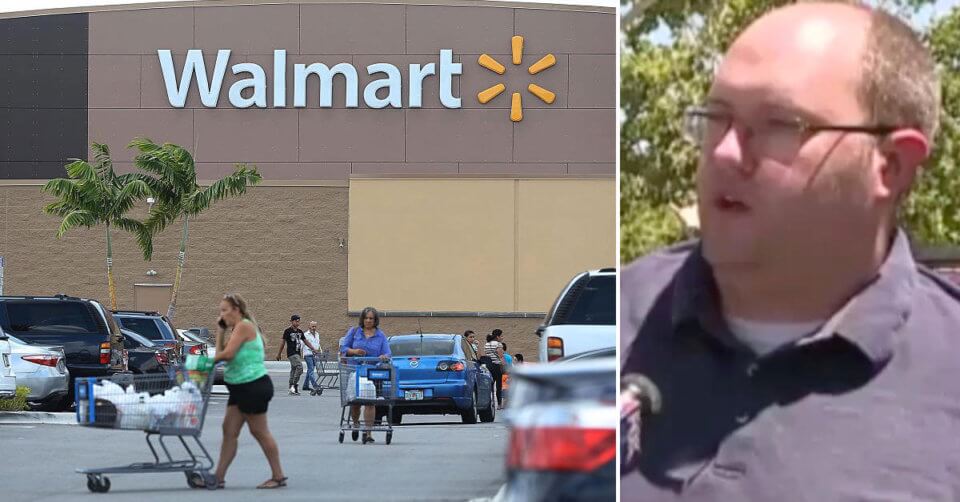 On average, nearly 20 people per minute are physically abused by an intimate partner in the United State, according to the National Coalition Against Domestic Violence.

During one year, this equates to more than 10 million women and men.

Here is one such case was caught on camera in Yuba City, California. This disturbing surveillance video was posted to Facebook.

See the clip below:

Man attack a woman (believed to be his partner) in Walmart parking lot but doesn’t see the off-duty cop coming from behind.

The man was pulling her back into his car as she struggled to escape the driver’s seat. But when he continued pulling her and choking her, another man (standing behind him) saw what was happening. Seeing that women need help, the man immediately approached the attacker, pointed a gun at him, and demanded he get out of the vehicle.

That Good Samaritan turned out an off-duty sheriff’s deputy. Thanks to his heroic actions, the woman was able to escape.

After posted on Facebook, the video went viral with hundreds of shares. Karina Rios, a therapist from Yuba City, said that watching the footage was “mixed emotions, afraid for them and then also like proud of the deputy. That he did his duty even though he was off duty.

“Thank you for being a hero.”

Boyfriend Shaves Girlfriend’s Head, Then Immediately Shaves His Own To Show Support

34 Distressing Pics Of Overworked Doctors Have Gone Viral, Proving That They Too Have Human Limits

Meet Tim Ballard, A Loving Father Of Nine And A Former Homeland Security Agent Who Has Saved Over 1,600 Children From Sex Slavery