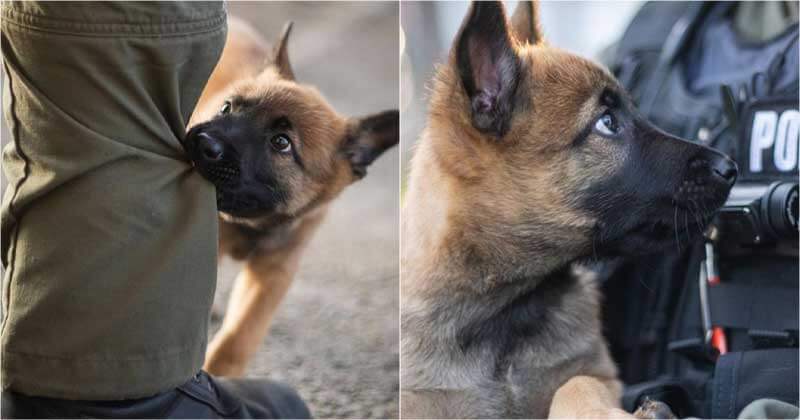 The puppies were born with cuteness. Even when these little furry friends try to act seriously, they still look cute as always. This pup in Estonia who attends a training course to become a police dog has stolen the heart of humans around him with his cuteness. Let’s scroll down! The little cutie in the question is Säm, a small and extremely adorable Belgian shepherd. He has recently attended his training to become a police dog in Estonia. Apparently, Säm will be working in the northern prefecture of the Police Special Forces after fishing his course. But the good boy has made people around him fall in love with this cuteness since the first days.

Säm joined the Estonian Police Special Forces team last week along with his brother named Terror. Terror was assigned to work at the k-commando while Säm joined the team of the northern prefecture. Säm’s training lasts a year and a half. After that, he will become a full-fledged police dog. Before taught any skills, the little boy will have to get accustomed to the new environment and the dog handler, Kristi Pai. And all of the little boy’s performance at the very first days of the course has won the heart of many people, including Internet users. Just look at his cute face and innocent eyes. Säm will become strong and brave in the future but still keeps his cuteness.

If you are looking for something pure and beautiful to start your day, this is an excellent choice. Enjoy!

30 Of The Most Awesome Photos Of Adopted Animals In November