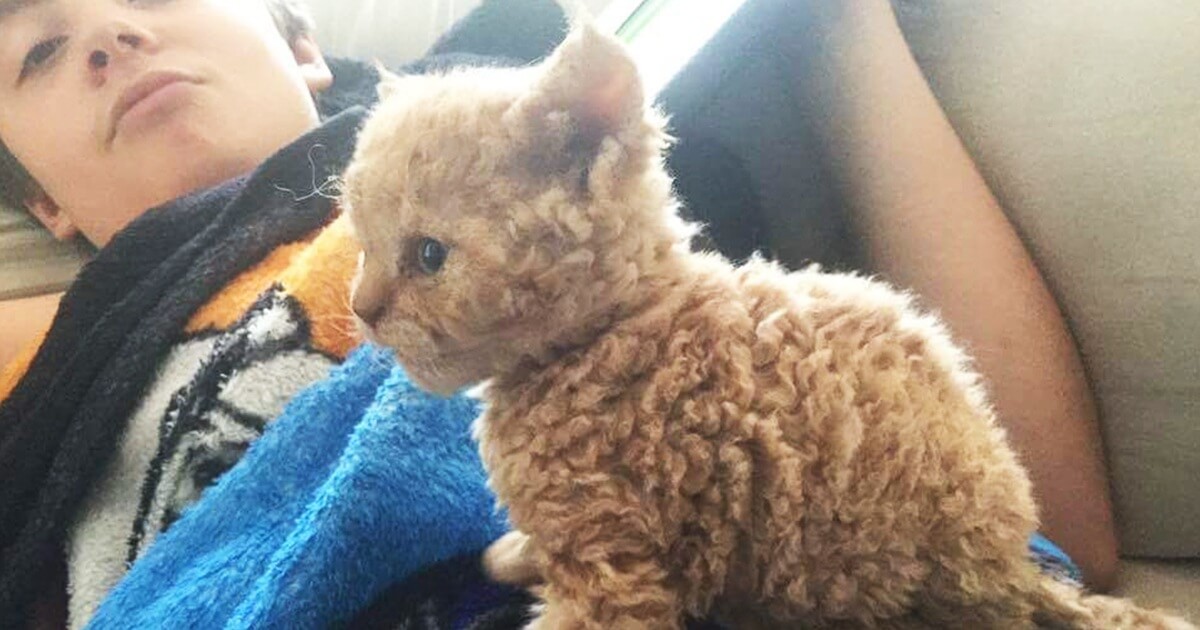 Last week, the Internet got conquered by a photo of an orange kitten with curly hair. The picture was shared with the following caption: “I’ve never seen a cat with curls until now.” Well, neither have most of us, but this is no trick – the curly hair on the kitty is the real deal, and here’s why.

The breed of the cat who became Insta-famous last week is most likely the Selkirk rex – and its origins can be traced to one peculiar rescue cat named Miss DePesto.

Miss DePesto was born in a Montana shelter in 1987. She had four siblings, each of which have straight coats, but the kitty stood out due to her unusually curly hair. She was adopted by Jeri Newman, a local Persian breeder.

She bred the cat with with a black Persian and they produced a litter of six babies, all of them with curly hair. Newman realized the curly hair was a dominant genetic trait – and this is how the Selkirk rex was born.

Last week, the pictures of this orange kitten with curly hair went viral The curly kitty, who was born in a Montana shelter in 1987, had 4 siblings with straight hair The woman bred it with a black Persian and they produced a litter of six babies, all of them with curly hair She added ‘Rex’ to indicate that the adorable coat was curly, a feature that so many cat lovers fell in love with Positive reactions from the Internet:

Negative reactions from the Internet:

30 Hilarious Situations Only Cat Parents Could Get Into

10+ Photos Of Handsome Famous Men And Their Darling Kittens

Cat Found ‘Frozen And Unresponsive’ In Snow Made A Miraculous Recovery