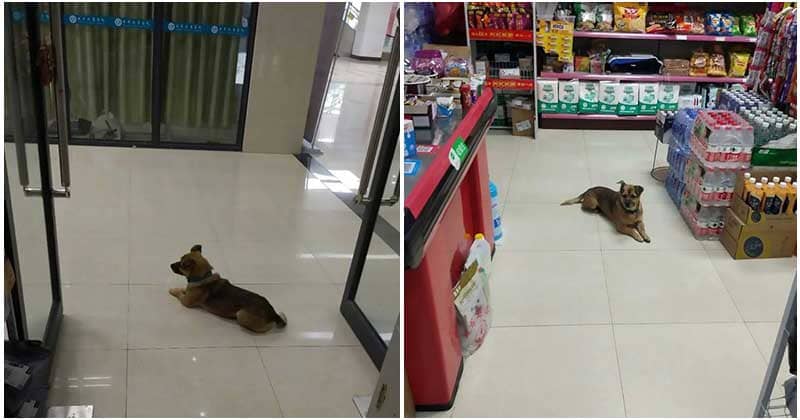 For many owners, their dogs are literally their best friends. They provide their humans with unconditional love, faithfulness, and companionship down to their very last breath. That’s the reason why we call them man’s best friend.

There are countless stories of the loyalty that dogs have shown to their humans and animal friends. And that’s been proven again by a dog in China who waited for his owner at a hospital for three months unaware that the owner passed away from the coronavirus. At the height of the coronavirus pandemic in February, the seven-year-old mongrel, who was given the name Xiao Bao (Little Treasure) arrived at Wuhan Taikang Hospital in Central China’s Hubei Province with his elderly owner after the owner was diagnosed with coronavirus. Sadly, his owner succumbed to the virus after just five days.

Unaware that his owner would not be returning, Xiao Bao refused to leave. He waited in the hospital’s lobby for three months, hoping that he would one day see his owner again. Staff at the hospital tried to take him far away from the facility, but he managed to find its way back. During that time he was fed by staff. Although they were very busy, they still tried to care for him. On 13th April, after restrictions were lifted in Wuhan and the hospital’s supermarket was allowed to reopen, he was cared for by the shopkeeper named Wu Cuifen.

Ms Wu said: “I first noticed the little dog when I returned to work in the middle of April. I called him ‘Xiao Bao’. That’s the name I gave him. They told me Xiao Bao’s owner, a pensioner, was admitted with the coronavirus. Then he passed away, but Xiao Bao didn’t know and just stayed in the hospital looking for him.” “It never left the hospital. It was incredibly touching, and so loyal. I grew familiar with the dog and later brought him into the shop. Every morning when I opened up, Xiao Bao would be there waiting for me. He saw me off at the end of each day.”

On 20th May, the hospital received with several complaints and concerns about Xiao Bao roaming the corridors. As a result, hospital staff were forced to contact the Wuhan Small Animal Protection Association, whose members took Xiao Bao into their shelter. He was treated by vets at the animal shelter and has also been sterilised before being rehomed. The shelter is now considering animal lovers who have offered to foster and adopt Xiao Bao. We hope that Xiaobao can find an owner who will treat him well. Please share this touching story with your friends and family members!

Scared Shelter Puppy Hugged Her Best Friend Before They Were Put Down, Then A Miracle Happened