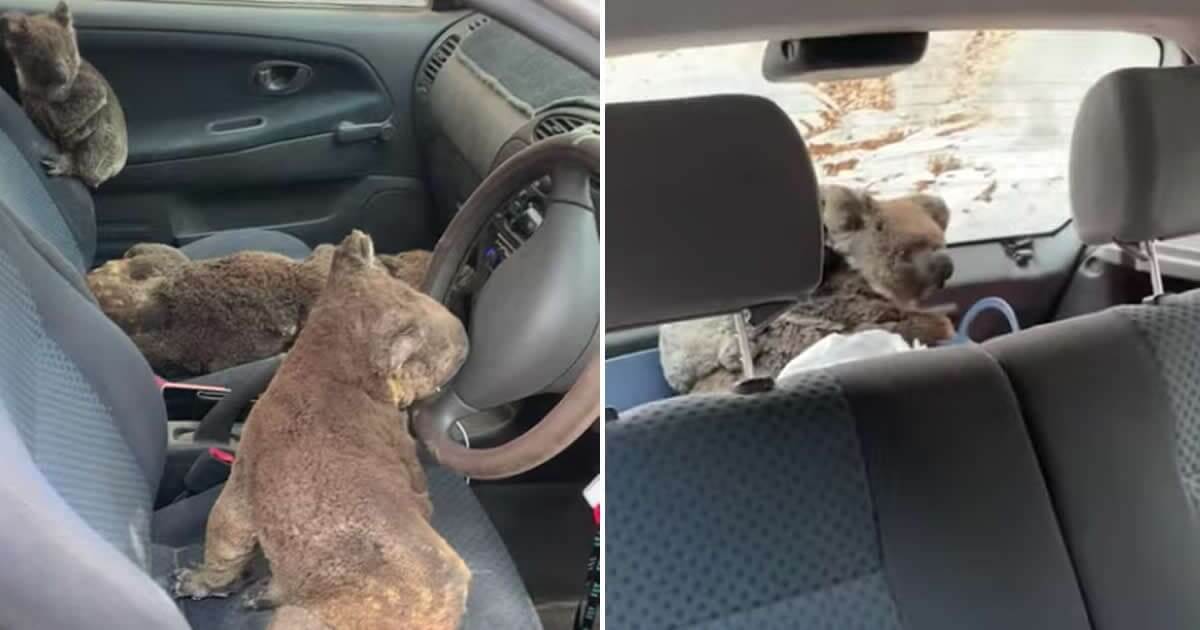 Koala is one of the Australia’s iconic animals, but now, it is becoming a symbol of the devastation wrought by the bushfires spreading across the country. These cute animals are particularly vulnerable to the blazes due to their slow moving nature and their diet of oil-filled eucalyptus tree leaves. Until now, koala population believed to have gone down a third of its original small number already. However, the situation in Australia showed us that people from around the world are willing to help victims of the fires and donate to support fire and animal relief efforts. There have been multiple koala rescues stories and videos that are so heartwarming, but today, we would like to share with you a video of two teenagers driving around to rescue desperate koalas has gladdened hearts on social media. Two cousins, 19-year-old Micah and 18-year-old Caleb, are being hailed as heroes for their selfless deed. The two drove around Kangaroo Island to search and rescue koalas. They tried to collect as many live ones as they could and put them in their car. The guys plan to look after the koalas until they’re healthy and can return to the wild. According to Micah and Caleb, around 60 percent of all the koalas they came across were burned to death, and 20% of them couldn’t survive more than a day due to their injuries. The video was also posted on Reddit with the caption: “Amid the terrible bushfires in Australia, my cousins went out and saved as many koalas as they could. Good on em. Thought Reddit would support and appreciate their efforts!”

Check out their video of the koalas in their car:

“This is our little koala rescue. Just trying to collect as many live ones as we can,” one of the cousins said in the video clip. Koalas are also known as very protective creatures that can attack and bite when threatened. However, as you can see in this video, they are weak and docile koalas. They seemed to realize that they were saved and safe. Love this touching story? Feel free to share it with everyone to warm their day up!

20 Cats Who Are Ready To Get Into The Halloween Spirit

This Little Kitty Didn’t Want To Sleep Alone, What He Does Next Will Melt Your Heart

10+ Cats Who Are Struggling To Figure Out This World