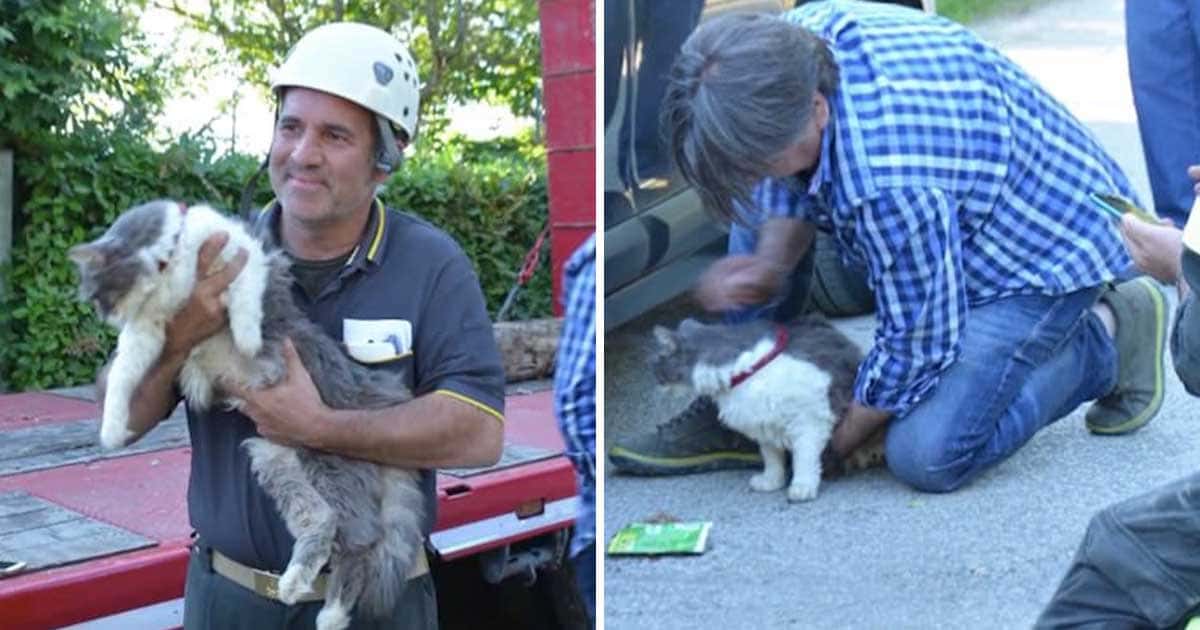 When firefighters of Vigili del Fuoco were cleaning up the rubble caused by a 6.2-magnitude earthquake, they were surprised to hear faint meows. They continued to sift through the debris and found a gray and white long-haired cat trapped among the stones inside a collapsed house. Amazingly, the cat was still alive after 32 days being trapped under the rubble. The miracle cat’s name is Rocco. It’s been a month since the village was hit by the earthquake, so no one expected to find anyone alive under the ruins. But Rocco with an amazing will to live didn’t give up. Although he was dehydrated, he’s in pretty good health. No one knows how he survived without an obvious source of food or water. But it’s clear that this smart cat is very resourceful! Luckily, Rocco’s owners were there at the time to oversee the demolition of their home. They didn’t know their beloved kitty was still alive. So when they saw Rocco, they were overwhelmed with joy. That must’ve been the surprise of a lifetime. A vet named Cristiana Graziani checked and treated Rocco on the spot. The kitty was tired but in good spirits. And after being cared, Rocco felt so much better. The discovery of Rocco has made his owners very happy. His story is also a reminder that good things can come out of tough situations, so never give up hope.

Share this story with your friends to make their day better!

10+ Cats Who Love Christmas Just As Much As Humans Do

Mother Dog Raises Tiny Abandoned Kitten As One Of Her Puppies