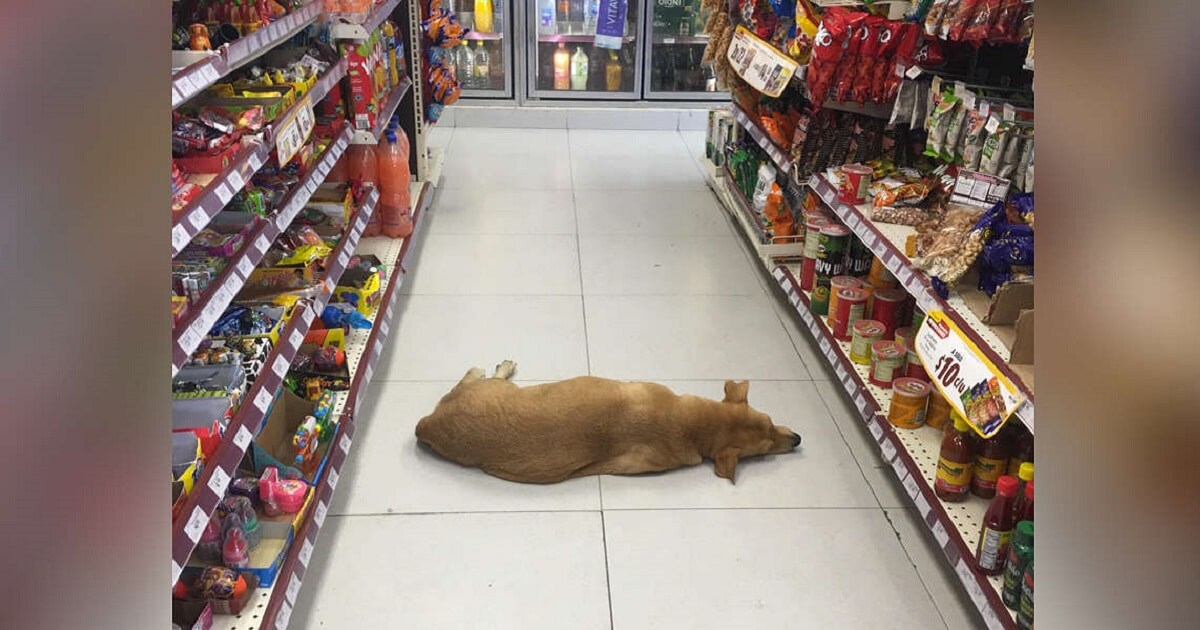 On a scorching hot day in northern Mexico, Adolfo Pazzi Ahumada was on a shopping trip to his local market when he was surprised to discover a stray dog being fed by the staff at the store. “A stray dog was being fed and getting water from the [store] clerk,” Ahumada told The Dodo. “Then I saw they let the dog inside.”

Ahumada decided to ask the clerk about the dog, and they said he had been here the past few days. “We suspect he was left behind by his owner. He came to us for help,” the clerk told Ahumada. “We could only provide him with food, water and some toys from the store that we paid with our money.”

“We let him inside because the temperature outside is really hell-like. We feel bad for him, but he looks happier around the store,” the clerk said. 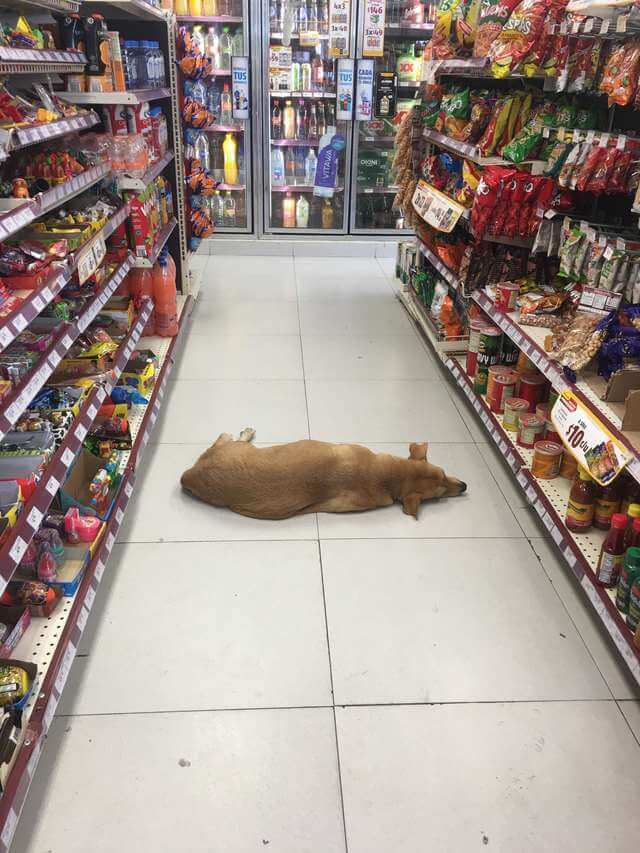 The poor dog had found people who cared and made him comfortable inside the store, and he was very grateful about this. So, in the time he’s been there, he has shown kindness to the clerks and customers. After paying for his milk, Ahumada bought a treat for the dog to enjoy after his nap.

Now everyone is trying to find someone who can adopt him. The store hopes perhaps a shopper will see fit to take him in their home. We are so happy because the pup is in safe and caring hands until that day comes. 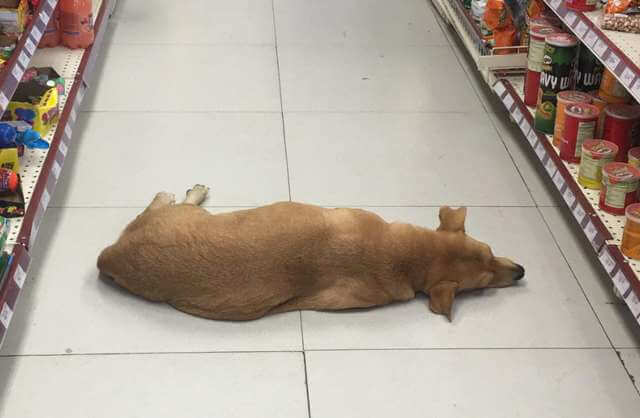 Thank God there are still good people in the world who help poor animals. “I felt bad for what the dog has passed through,” Ahumada said. “But he is now receiving the love he deserves.”

We hope that other businesses will follow suit by opening their doors (and their hearts) to animals in need. If all the stores that had the space would make a place of refuge for strays, we would be really happy.