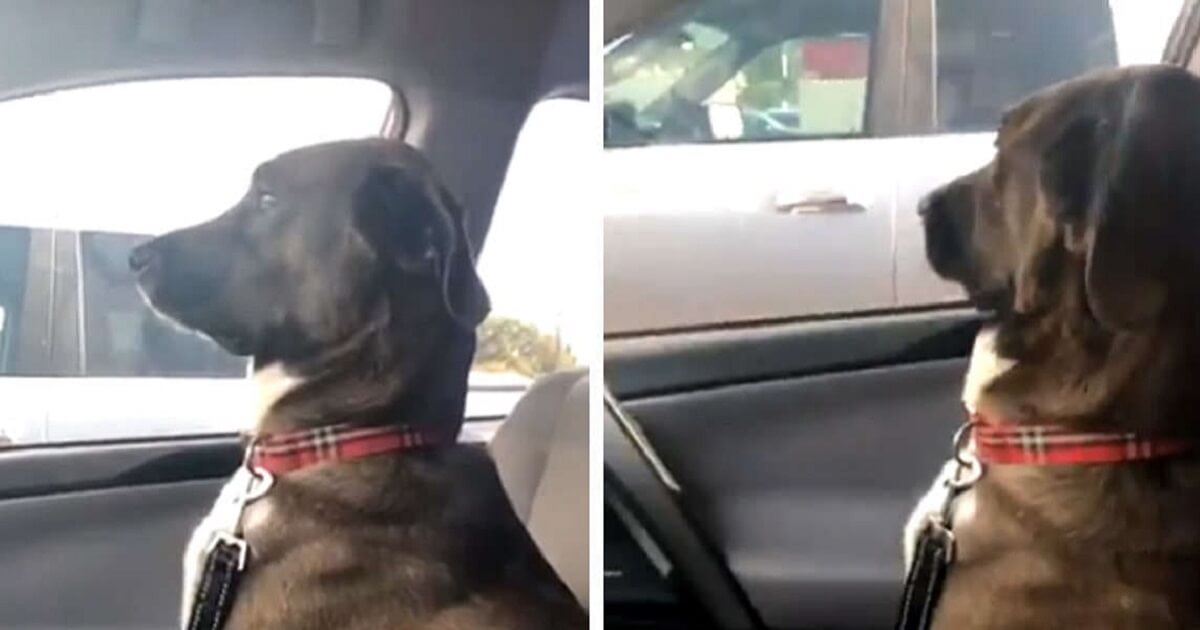 Fritz and his owner, Bret Mortimer, often take a drive to the local dog park for some nice play sessions. So, as they hopped into the car together last Saturday, he thought that he was heading there, but he was wrong. After Mortimer learned about the importance of canine oral care, she decided to take him to the veterinary dentist to get his teeth checked. Fritz’s teeth are important to him, and they need to be cared. However, the good boy doesn’t understand that. “I set an appointment to get them cleaned because he’s my best friend and I want him to live as long as he can!” Mortimer told The Dodo.

So when she came back to pick him up, he wasn’t shy about expressing his feelings about the experience and gave her the cold shoulder. “When they opened the door he was just … not thrilled,” Mortimer said.

Fritz being mad bc I took him to the dentist: a thread pic.twitter.com/3FGtx265CI

During the whole ride home, Fritz continued to ignore his mom — refusing to make eye contact and talk to her because of what she’d put him through.

“I felt like the cold shoulder was kind of, ‘Hey, I feel a little betrayed over here, Mom,'” Mortimer said. Thankfully, not long after arriving home, Fritz quickly forgave his mom, and they were best friends again. Although Fritz was back to his old loving self again, he didn’t forget the “betrayal” and it was reflected in Fritz’s eyes when he was asked to get in the car again. This time Mortimer took him to the dog park, but he wasn’t as excited as he normally gets and was a little hesitant. He even looked at his mom with suspicion. However, everything was going well, and he was pretty happy afterward. Finally, he could have a fun day at the dog park with his mom.

Please share this hilarious video with other dog owners to give them a laugh!

This Is Baby, The Corgi Who Loves Everyone And Has A Feisty Personality

10+ Dogs And Cats That Destroyed Christmas