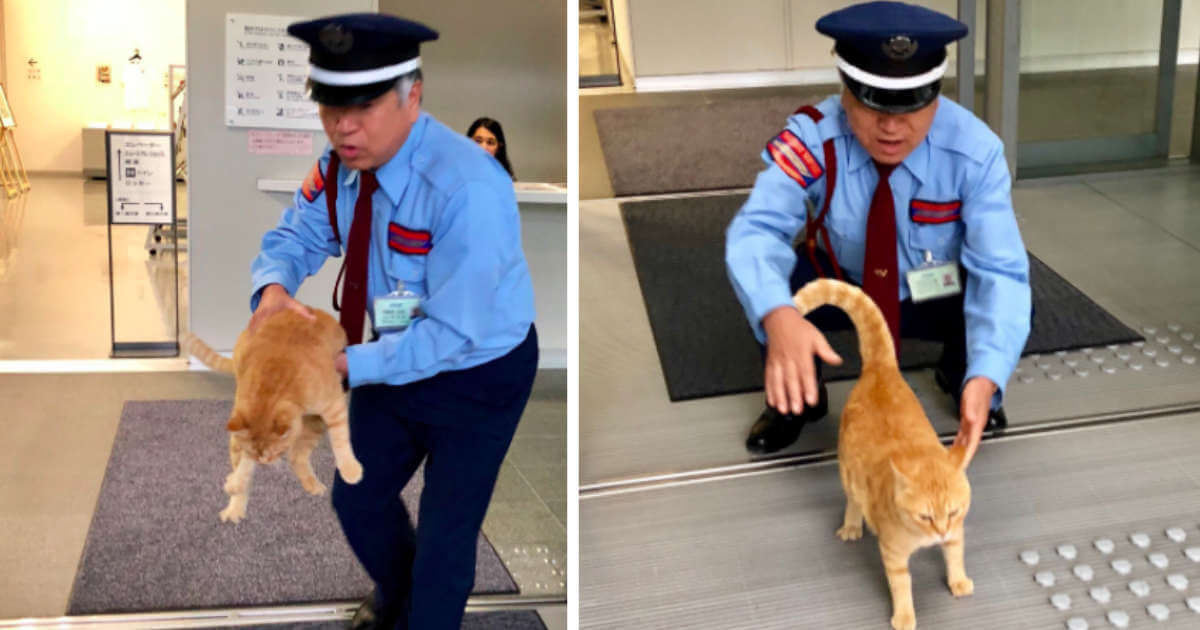 One Japanese museum has been having two unusual feline guests wanting to enjoy some of Japan’s art. Two eager art lovers have been trying to enter this museum for years, but despite their persistence, they have yet to take in even one exhibit. Two years ago, when the Hiroshima Onomichi City Museum of Art debuted a show entitled “Cats — Mitsuaki Iwago Photography Exhibition.” A few days after the feline-centric exhibit opened, an unusual visitor arrived – a black cat. It was a fun little thing to joke about a cat trying to break its way in to see art of its own people. But was immediately turned away by the museum’s security guard at the entrance. A year later, the same black cat once again showed up and tried to slip his way past the guard. There wasn’t an art exhibit on cats this time, so our intrepid black kitty must just be an art lover. Sadly, he was once again turned away by a well-meaning security guard. Without the proper tickets for entry, the guests have been turned away by the museum guards time after time. Cats can’t buy tickets, and so, cats cannot enter the museum. At least the friendly security guard consoled its feelings by giving it loving scratches before sending it on its way. The frequent visits have since made the cats quite popular with the security guard and museum that they’ve both been named Ken or Ken Chan (black cat) and Gosaku or Go-Chan (ginger cat). And they’ve also been immortalized in the museum itself. In the form of tote bags, available from the museum’s gift shop. We’re still unsure as to whether the cats have been allowed into the museum yet though. Hopefully one day the museum will allow Ken and Gosaku to see the exhibits they seem to so desperately crave. Cat Loves Sinks So Much Her Parents Bought One For Her

20 Pics Of Freddie Mercury And His Cats, That He Loved And Treated Like His Own Children

10+ Pics Of Animals That Hate Taking Baths Or Getting Wet

Homeless Cat Pussyfooted Into A Nursing Home, And Got A Job