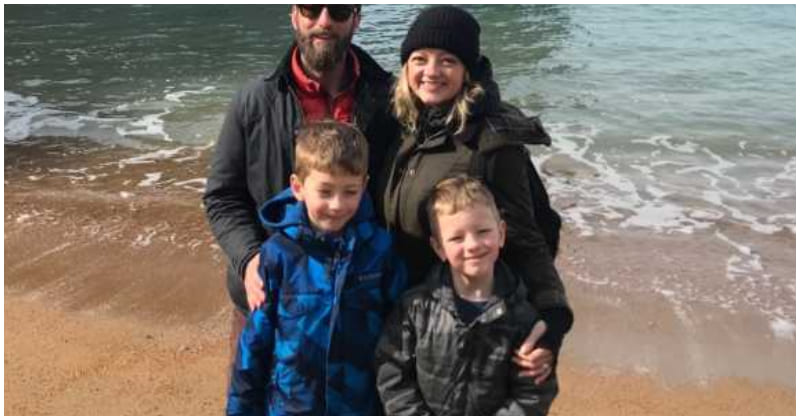 Losing a child is every parent’s worst fear, and the heartbreak it causes is unimaginable to those of us who still have our precious babies. Unfortunately, that was the case of Dr. Jessica Brandes, who lost her son in his sleep in 2019.

Jessica is a mom of twins, Oliver and Wiley. She described her two sons as smart, ambitious, funny, and healthy as normal kids until one of them got some health issues. During the family summer trip in 2018, Wiley was asleep and suddenly experienced a seizure. His parents took him to the doctor for an EEG check-up and found out that their little son had Rolandic Epilepsy.

In her touching story shared on Linkedin, Jessica shared what happened next in summer 2019. “Wiley seemed to be sleeping quite late. I looked in on him and saw a peacefully sleeping child cozy in his bed after a long day of summer fun. He was not sick. There was no indication he was even slightly unwell. He went to bed tired and happy, well-fed having eaten his favorite meal and was sleeping next to his best friend.”

The next morning, everything was as usual except that Wiley seemed to be sleeping a bit too long. When she went to check him, Jessica saw her little son under a blanket and his feet appear mottled. “That was the moment. The moment I knew what was coming next. My eyes tracked up to his legs as I pulled the blanket back and I traced the deep purple color of lividity. It indicated to me my son had passed away for at least 8 hours. I felt for a pulse and somehow felt surprised by the cold skin I touched. There was no emergency, no opportunity for intervention where I could have changed the outcome”, the Oregon-based doctor continued.

It was heartbroken that Jessica, as a doctor, could do nothing to help her child, and that the family of four had to learn how to become the family of three only. The people who suffered most from the loss, was Jessica and her husband. However, they were not afraid of mentioning Wiley whenever they want.

“If we’ve learned anything at all, it’s that life is fragile, and time really can be so cruelly short. We wish a lot of things were different, but mostly, we wish we’d had more time. If you are a parent and have any capacity to spend more time with your kids, do. When it ends, there are just photos and leftover things and time is no longer available to you. It is priceless and should not be squandered”, Jessica ended her story by advising other parents to make their kids the number one priority in life.

Children are the most valuable treasures to any parent. Hopefully, many of us who have (or will have) babies won’t regret not sharing our time, creating good memories with our kids.

20 Clingy Pets That Refuse To Leave Their Owners, Even For A Minute

Purple-Crowned Fairywren, A Stunning Little Chubby Bird That Is Worth Your Attention

Bear Sneaks Into Man’s Backyard, Relax In His Hot Tub, Drinks His Cocktail, And Takes A Good Nap

20+ Photos of Animals That Make Us Stare In Awe